A Primer for the Mock Primary Election 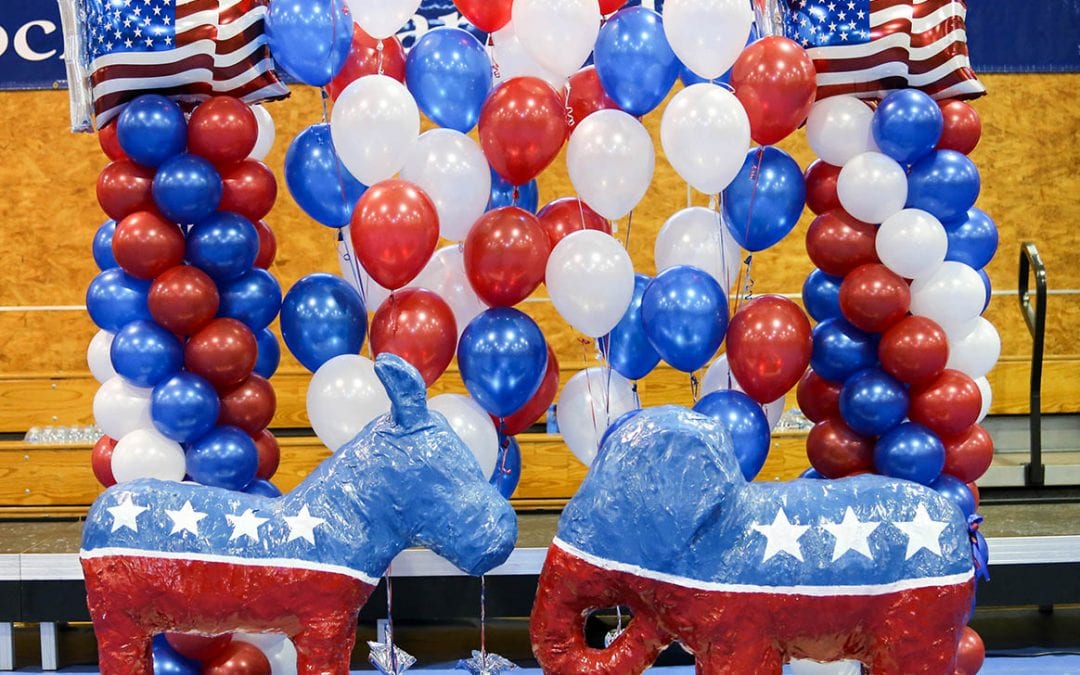 The 2020 MFS Mock Primary Election will take place on Tuesday, January 14. Since 1960, during every presidential race, Upper School students have campaigned earnestly on behalf of the Democratic and Republican candidates as a uniquely immersive American civics lesson. From 1960 to 1996, MFS held Mock Political Conventions, during which students acted as the campaign managers and delivered impassioned speeches to rally support for their nominee.

The Mock Political Convention simulated national politics and typically featured the party that was out of power at the time. In 2000, the quadrennial tradition transitioned to what is today’s Mock Primary Election (MPE). To mirror the real election, if an incumbent president is running, the school only holds a primary for the other party.

The MPE was highlighted in the October 30 edition of The Michael Smerconish Program on SiriusXM. Mr. Smerconish, an author, columnist, and CNN host, keynoted the MPE in 2012.

Click below to listen to the MFS segment, in which Mr. Smerconish interviews his former intern Dante Bucci ’14: