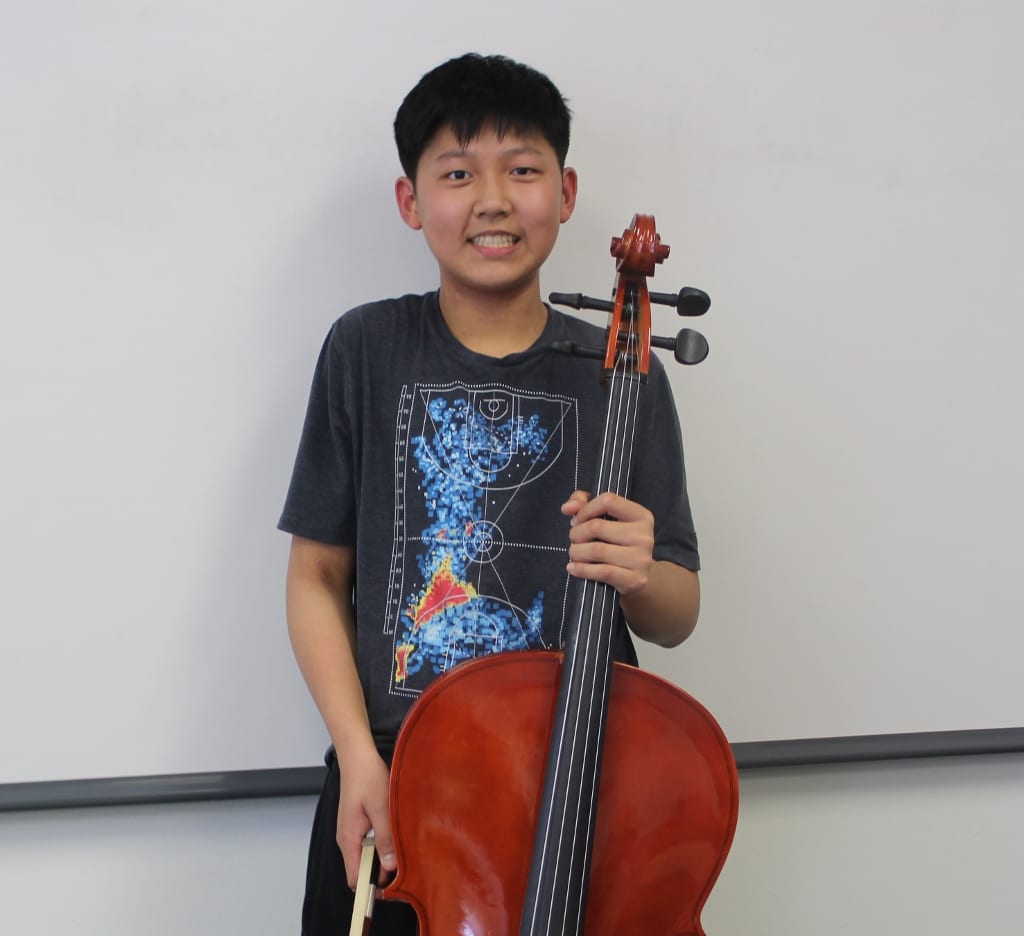 Eighth grade cellist Alexander Kwak has been awarded second chair in the New Jersey All-State Intermediate Orchestra. With this honor, Alex ranks as the second place cellist for all middle school students in the state of New Jersey. The numbered “chairs” of an orchestra are a ranking of players’ proficiency and skill; first and second chairs often serve as leaders of their section and may play solos or more complex sheet music.

Alex will participate in a concert with all of the state winners at Community Middle School (Plainsboro, N.J.) on May 18, 2019. This follows the news of Alex’s success at the regional level in the All-South Jersey Middle School Orchestra, where he was awarded first chair cello.

Alex started his musical journey by playing violin from age 6 to 11. In the summer of 2016, he performed with an orchestra in Orvieto, Italy. At 12, he began learning cello. Alex performed with the Junior High All South Jersey and All-State Orchestras last year and has also been an active member of the Philadelphia Young Artists Orchestra since September.