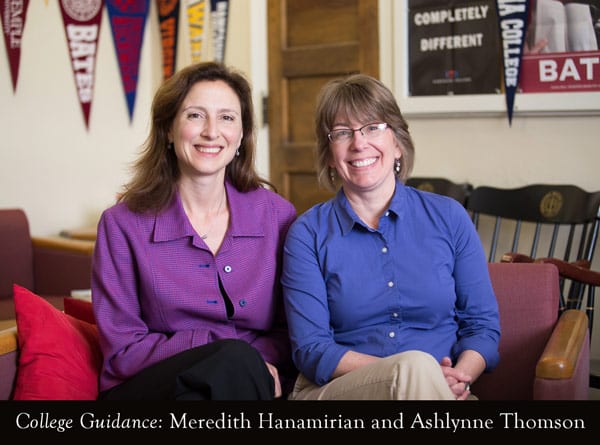 Ashlynne Thomson has been appointed Assistant Director of College Guidance. She will replace Margaret Van Meter, who is retiring at the end of the school year. Ashlynne will transition from College Guidance Administrative Assistant and Database Coordinator into her new role beginning July 1. She currently teaches Study Skills classes for Middle and Upper School students, both during the school year and as part of the MFS Academic Transitions summer program.

Ashlynne has an extensive administrative background in independent schools. From 1992-2007, she served in various roles at Darrow School, an independent boarding school in New York. Her positions included Director of Tutorial, Dean of Students/Director of Health Service, and Duty Administrator, which included the supervision of all residential staff. She also taught Psychology and Health Education at Darrow. At MFS, she served as Administrative Assistant to the Director of Admissions and Financial Aid for six years before transitioning to her current role.

“We were extremely fortunate to have an internal candidate as strong as Ashlynne for this position,” said Director of College Guidance Meredith Hanamirian. “Ash is a seasoned administrator and these past two years in our office have shown that she is well-prepared for this role.”

Ashlynne has a bachelor’s degree from Albertus Magnus College and a master’s degree in Psychology from the University at Albany, State University of New York. Her husband, Clark Thomson, is the chair of the History Department, and they have two children at MFS: Hannah (Grade 10) and Otis (Grade 5).