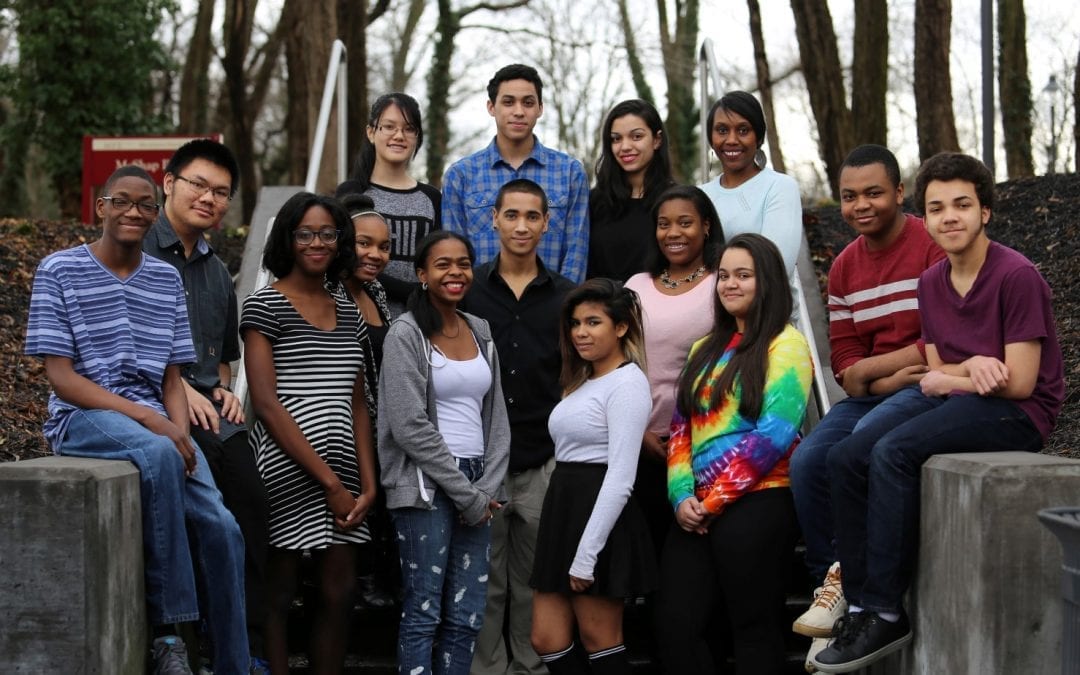 The Program has a 40+ year history of providing nearly full-tuition scholarships for academically talented students with financial need from Camden to attend Moorestown Friends. The school is seeking funds to permanently endow the entire Program.

Len Shapiro, ’60, Co-Founder and Co-Owner of Saltchuk Resources, a holding company in the Pacific Northwest involved with maritime business, fuel distribution, and real estate, along with his wife Pat, have donated $1 million in the form of a charitable lead annuity trust. Judy Faulkner ’61, Founder & CEO of Epic Systems Corp., a privately held company that sells healthcare software, and her husband Gordon, have donated $900,000. MFS Trustee Bill Haines, Owner and CEO of Pine Island Cranberry Company, and his wife Nadine, parents of an MFS alumnus and grandparents of a current student, have donated $500,000. MFS Trustee Mindy Holman, Chairman of Holman Automotive Group, and her husband Frank Beideman, parents of two MFS alumni, have also donated $500,000.

“I am extremely grateful to these lead donors for making such significant commitments to our school and to the Camden Scholars Program,” said Larry Van Meter. “Many inspiring success stories have come out of the Program, and these gifts help ensure that the school will always be able to offer these opportunities to talented students from Camden. These gifts put us well on the road toward our goal of fully endowing the Camden Scholars Program.”

Mathematics Teacher Dorothy Lopez is the Director of the Camden Scholars Program. “I am fortunate enough to interact with our Camden Scholars on a daily basis,” said Lopez. “These students add so much to our community. They are bright and talented and work very hard inside and outside the classroom. On behalf of our Camden Scholar students and alumni, I would like to thank these donors for ensuring that these scholarship opportunities will always be available at Moorestown Friends School.”

The Camden Scholars Program at MFS has a long and unique tradition of providing opportunities to students with demonstrated academic potential and financial need from Camden. Currently, two scholars enter MFS each year in seventh grade and one in ninth grade. During a typical school year, there are 16 Camden Scholars at MFS (4 in Middle School and 12 in Upper School). The Camden Scholars receive a nearly-full-tuition scholarship to attend MFS. Lunch, books, fees, technology resources, and transportation via a school-supported bus are all covered by Moorestown Friends. More than 110 Camden Scholars have earned MFS diplomas and moved on to attend some of America’s most selective colleges and universities.

Beginning in the 1970s, MFS partnered with A Better Chance, Inc. (ABC), a national non-profit student search, referral, and scholarship organization to bring highly promising Camden students to the school. The goal of ABC was to increase the number of promising minority students in independent schools. When scholarship funding from ABC ended in 1983, the MFS School Committee made the commitment to fund the school’s Camden Scholars Program moving forward.

Len Shapiro ’60, Co-Founder and Co-Owner of Saltchuk Resources, grew up in the Erlton section of Cherry Hill.

“I never dreamed where my business career would take me,” said Shapiro. “My wife Pat and I now are enjoying the privilege of giving back, with meaningful financial support to organizations like MFS. I’ve returned to campus in recent years and met some of the impressive students who are part of the Camden Scholars Program. With this commitment, Pat and I hope to inspire others to provide support for this wonderful program. Every gift, irrespective of its size, makes a difference in the lives of these students.”

Len is a graduate of Florida Southern College and has an M.B.A. from the Wharton School. The Shapiros reside in Mercer Island, WA.

Judy Greenfield Faulkner ’61, Founder and CEO of Epic Systems Corp., also grew up in the Erlton section of Cherry Hill. She has grown Epic from a startup with one and a half partners into an industry leader with an 1,000-acre campus in Verona, WI with over 9,500 employees, and an estimated annual revenue of $2 billion, with a singular focus on healthcare software.

Judy has served on the Obama administration’s Health Information Technology Committee. In 2011, she received the MFS Alumni Association’s Alice Stokes Paul Merit Award. In 2015, she signed the Buffett Pledge, committing 99% of her assets to philanthropy.

“Moorestown Friends is where I learned to love math which took me to computer science and to creating Epic,” said Faulkner.  “MFS also taught its students the joy of learning, strong values, curiosity, speaking up, the honor system – which helped shape my life and influenced the culture of Epic.  I am pleased to support my alma mater and the Camden Scholars Program.”

Judy is a graduate of Dickinson College and earned a M.S. in computer science from the University of Wisconsin. Judy resides with her husband Gordon in Madison, WI.

MFS Trustee Mindy Holman is Chairman of the Holman Automotive Group. Mindy has served on the MFS School Committee since 2011. She is Chair of the Board of Directors for the United Way of Greater Philadelphia and South Jersey and is a co-founder and Vice Chair of the Community Foundation of South Jersey. Her husband Frank Beideman is the Executive Vice President of Human Resources at Holman Automotive.

“Camden is about 10 miles from Moorestown, but by the luck of the draw, growing up in one place or the other has staggering differences,” said Holman. “Frank and I have long had a level of involvement with nonprofits in the city, mostly through our relationships with the United Way and Urban Promise. We have gotten to know many great kids who have flourished despite an environment that I, honestly, could not have imagined. When given support and opportunities, the resilience of these young people is amazing. The Camden Scholars Program is a way to link our desire to even the playing field for some Camden students with our love for Moorestown Friends.”

A fourth generation cranberry grower, Bill Haines’ company is the largest cranberry grower in New Jersey and fifth largest in the nation. His wife Nadine is an attorney. Bill is on the Board of Directors at Ocean Spray. He is a former mayor of Washington Township, and served on the Burlington County Board of Chosen Freeholders, where he was instrumental in the expansion of the county’s farmland and open space preservation programs. Bill has served on the MFS School Committee since 2014.
“Nadine and I have been blessed to have many opportunities that others do not,” said Bill Haines. “The Camden Scholars program is a wonderful program and this gift allows us to share our good fortune with talented, hard-working students who might not get the chance to receive a great MFS education otherwise. The quality and depth of the education at MFS and the caring, giving atmosphere created by its people makes it a special place. Our direct experience at MFS through our son and granddaughter makes the school one of our priorities for giving.”

Between them, Bill and Nadine have six children.  Bill is the father of MFS alumnus William S. “Tug” Haines III ’97. They live in Medford.

About the Camden Scholars Program…from Alumni

“Moorestown Friends School played, and continues to play, an integral role in my development as a person and as a thinker. In many ways, the school not only equipped me to be a strong, contributing member of society, but it also informed my perspective as an agent of change. As a Camden Scholar, my identity as a student was situated between two realms: the world as I knew it and the world as it perhaps could be. Because of the ethical training, intellectual discoveries and general sense of happiness that Moorestown Friends School facilitated for me for six wonderful years, I understand my capacity to impact the world with a profound clarity. Try as I might, I cannot imagine having been as thoroughly educated at any other institution.”

“Nowhere else would I have been more comfortable and happy in my own skin. Finding my passions, my dreams, and the strength to pursue them is something I credit not only my parents with, but the teachers who spent countless hours listening to my worries, wiping away my doubts, and pushing me further than I thought was possible.”

“The Camden Scholars Program allowed me the opportunity to attend MFS, which opened my eyes to what the ‘world’ outside of Camden looked like and the possibilities for success that it held for me. One of the key, primary motivators in my work with K-12 private schools is that I have the opportunity to help other schools do for students what MFS did for me, through the Camden Scholars Program.”