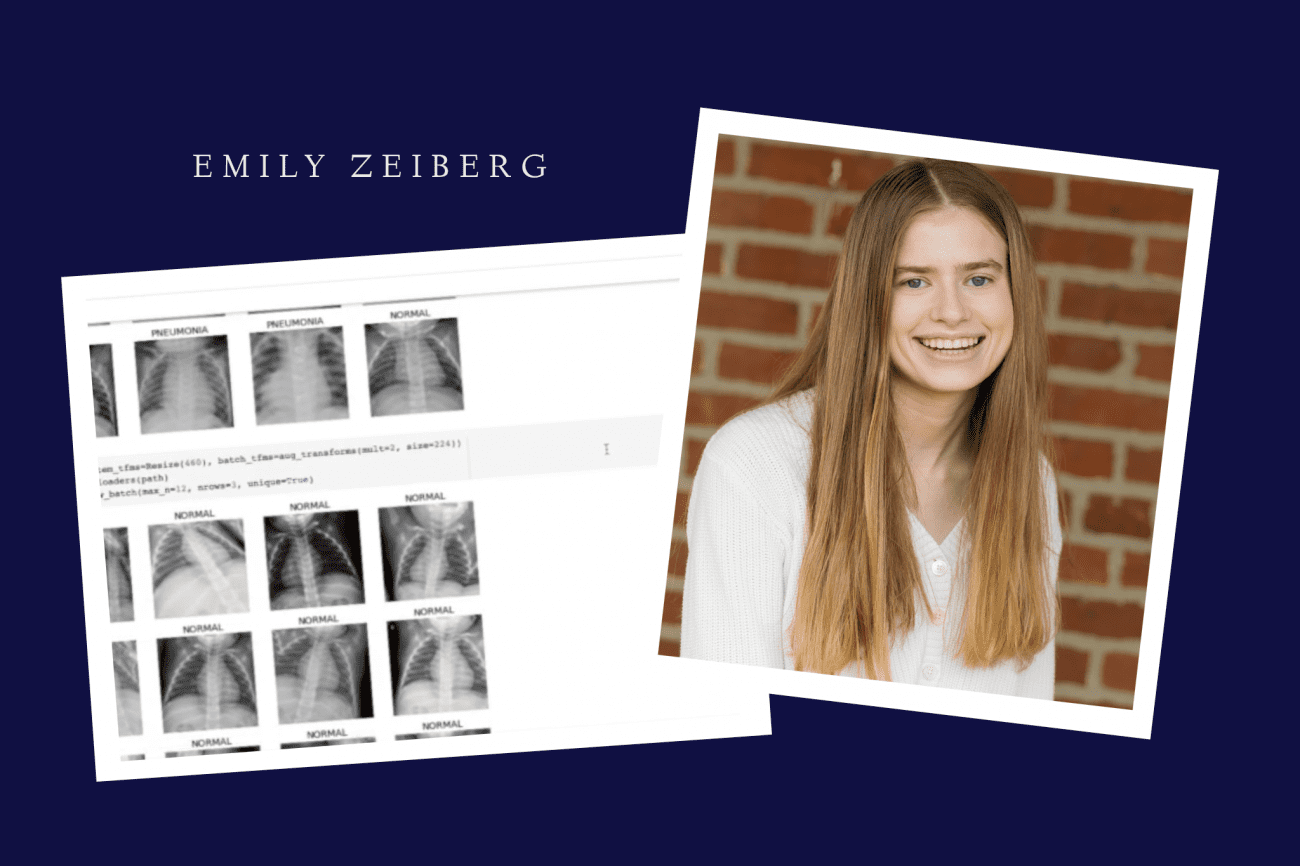 As defined by IBM, neural networks “reflect the behavior of the human brain, allowing computer programs to recognize patterns and solve common problems in the fields of AI, machine learning, and deep learning.” Emily Zeiberg ’21 became intrigued by machine learning after hearing about her brother’s college research and explored the topic further in her capstone project.

Specifically interested in the use of neural networks in a hospital setting, Emily chose to train her network to read patient x-rays and determine if the x-ray shows a diagnosis of pneumonia. Her process began by learning to code using Python, a common programming language. After taking a course and practicing her coding in numerous computer programs, Emily conquered the programming skills needed to begin. She then moved on to “researching the field of machine learning, which focuses on developing mathematical models that are used to analyze large sets of data. One of these models is called a neural network.” Combining her course and research, Emily used code from fast.ai to train her neural network to analyze an x-ray using a series of numbers that indicate the color of each pixel of the x-ray. Emily explained, “The neural network is made up of stacks of layers which apply mathematical operations to the image. These layers are defined by a set of numbers, known as weights, which determine how the layer transforms the data that is given. After the network is fed an image, it outputs a prediction that labels the picture, in this case, whether the x-ray shows pneumonia. As the neural network is shown more data, the weights in each layer are adjusted, making the model’s predictions more accurate over time.”

Moving forward, Emily plans to train her neural network to understand the difference between viral and bacterial pneumonia. View videos with in-depth explanations of her coding and read more about her neural network on her project on her capstone page.