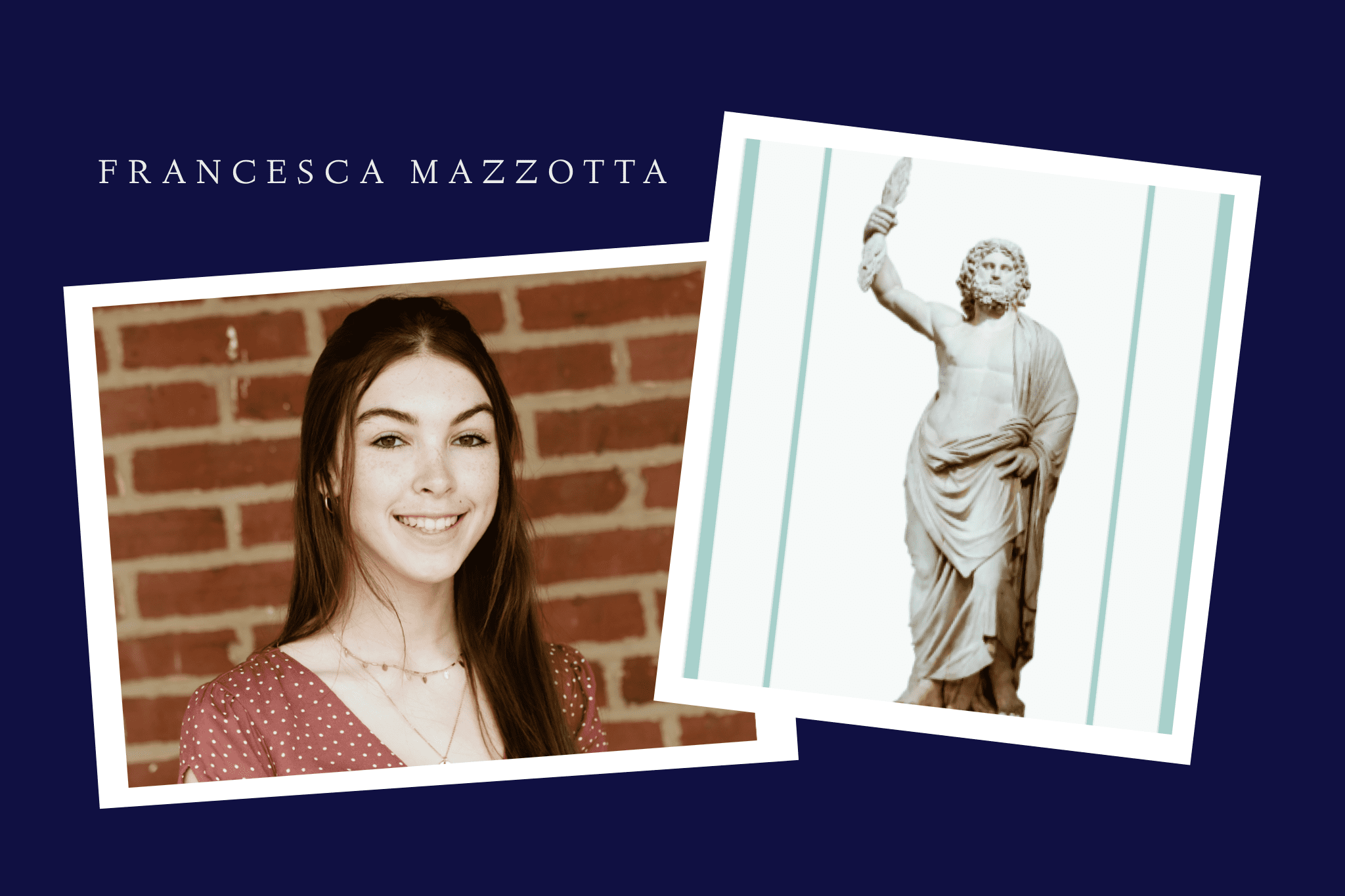 While we learn about Roman and Greek mythology as students, we don’t often trace it into other subject matters. Francesca Mazzotta ’21 wanted to teach MFS students about the connection between mythology and geology by creating a Middle School activity class titled “Mythology Rocks!” While the pandemic restrictions kept her from being able to teach the class, she shifted to creating the curriculum for a class in hopes that it can be taught in the future.

“Mythology Rocks! aimed to establish a general understanding of how ancient civilizations and their belief systems influence our current society and the names we chose to represent different geological topics, specifically rocks and minerals.” The curriculum was broken into five 30-minute class periods: an introductory class to both mythology and geology and then four classes focused on specific rocks and minerals – opal, neptunite, selenite, and amethyst. As the classes progress, the connections between the two subjects are made:

Along with their origin stories, Francesca explains that each of the stones and minerals believed purpose or healing quality is strongly linked to the mythical deity that it was named for. Learn more about Francesca’s project and each of the connections between mythology and geology on her capstone page.