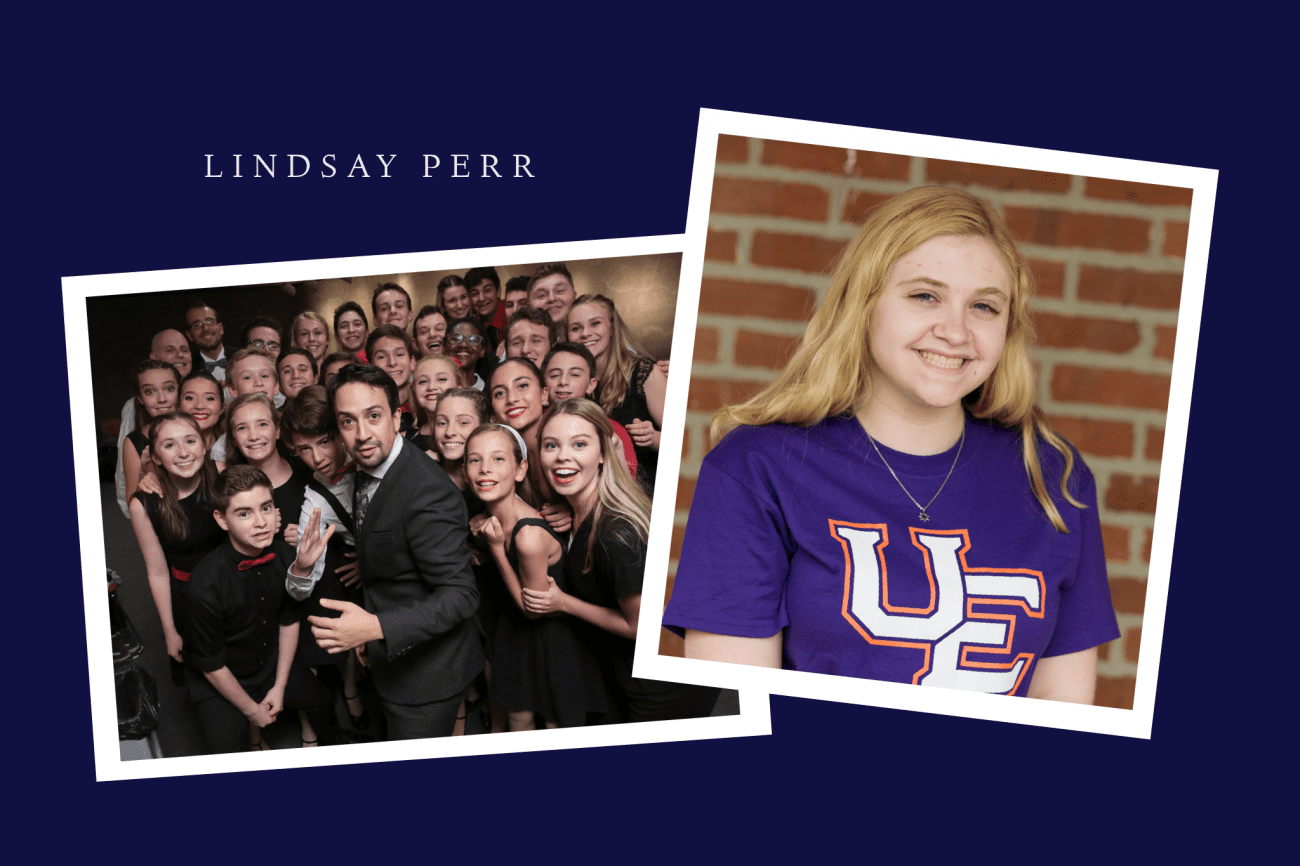 Lindsay Perr’s (’21) love of Broadway and theatre shines in her capstone project on music composition. As a performer, she has listened to and sung many songs from various Broadway musicals throughout her life, but she had not really focused on all that is involved in composing the music. Focusing on three of the composers/lyricists that she most admires, she used their styles of songwriting to inspire her own three compositions.

Following research on Broadway, the 101 greatest shows of all time, and her three composers – Lin Manuel Miranda (Hamilton, In the Heights), Stephen Sondheim (West Side Story, Sweeney Todd, Into the Woods), and Andrew Lloyd Weber (Phantom of the Opera, Evita, Cats) – Lindsay began to write lyrics and compose music for three songs. She quickly discovered, especially in the midst of COVID-19 when so much of the world was shut down, that it took a significant amount of determination and creativity to craft music and come up with interesting lyrics. Inspiration did eventually strike and led to the creation of her three songs:

Lindsay summed up her project saying, “New artists continue to be inspired by old artists, new authors continue to be inspired by old authors… I took to this project to analyze and understand the influences of each composer and their musical stylings. Modern Broadway is not ‘changing,’ it is evolving… When emotions are too intense to talk about, the only way is to sing about them. I intend to use the creative process as well as the information I learned for the rest of my life.” Listen to her songs and read more about her project on her capstone page.