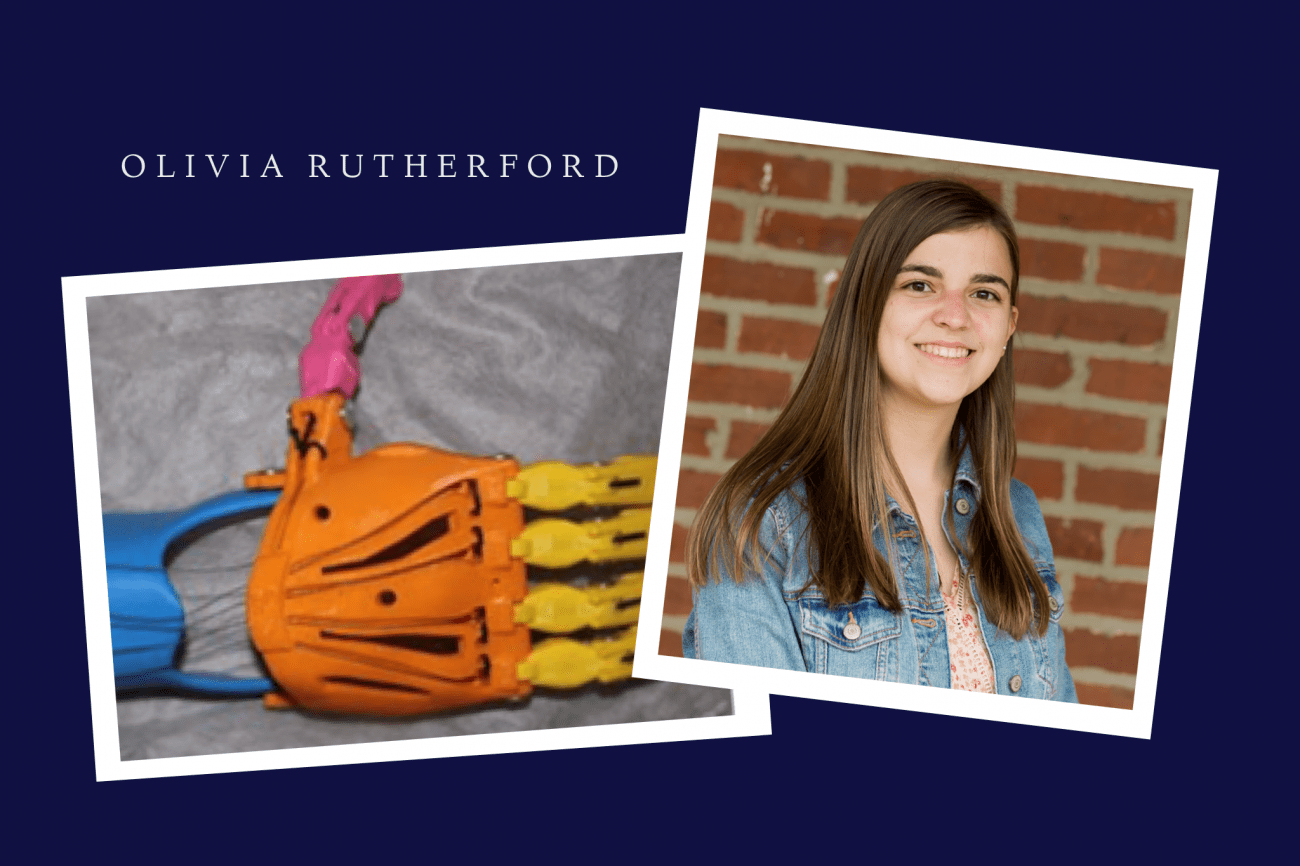 Olivia Rutherford ’21 wants to be a biomedical engineering major following her MFS career and saw her capstone project as the perfect starting point to begin research within the field. After deliberation with friends, she decided to design and print a 3D prosthesis of a hand.

To properly design a prosthetic hand, Olivia had to first understand the full anatomy of the ligaments, tendons, and joints within the hand. Following her research and drawing an outline of the structure, she formed a draft with cut-out pieces of paper and then again with clay. These models helped her to further break down the number of pieces needed when going into her final, and most challenging, portion of the project – digital print model design. Olivia’s digital design included four parts: the arm/wrist, palm, fingers, and thumb. While COVID-19 kept her from being able to print her 3D model, she explained that the most complicated part of combining the four portions would be “the tunnel-like structure where the wiring would go, which would allow the fingers to be able to bend. The wire would go through the fingers and palm and then be glued into the small box.” Her prosthetic would be completed after gluing the aforementioned box into place, then into a structure on the arm, and  finally screwing the fingers into place.

Olivia ended her project with an impact statement saying, “Designs like this can make a massive difference in some families’ lives. During my research, I have learned about a couple of different organizations that make simple 3D prostheses like these for people who can not afford them. Especially for younger children because they need to get new ones frequently. After learning about this, I decided first to make my model child size.” Read more about her project on her capstone page.