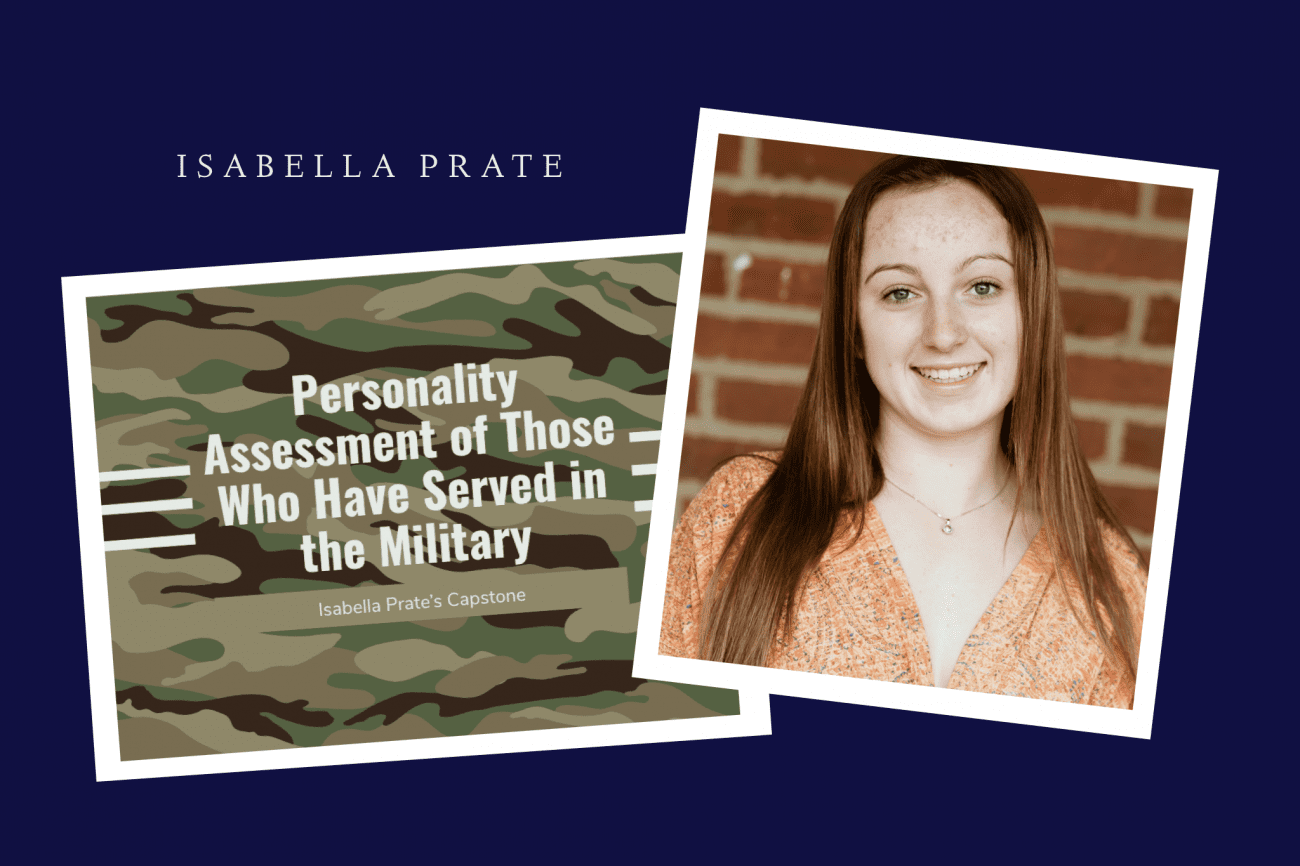 As the daughter of a U.S. Army Lieutenant Colonel Battalion Commander, Isabella Prate ’21 understands the strength, determination, and fortitude being a member of the military requires. She was curious if those who committed themselves to serving our country also held other common personality traits. For her capstone project, Isabella used the Myers-Briggs Type Indicator to determine the traits of military men and women in order to see if there was a significant link between Myers-Briggs personality types.

After researching the 16 personality types defined in the Myers-Briggs Indicator and reading two books – Grit: The Power of Passion and Perseverance, by Angela Duckworth and The Personality Brokers, by Merve Emre – Isabella created a survey for a group of 22 military members who served, currently serve, or are about to serve in one of the six branches of the U.S. military. Her survey included the Myers-Briggs Personality test and the following questions:

Her goal was to understand the outside factors that may have led her participants to join the military, while also gaining an understanding of the common personalities that members of the military have. Her research showed that of her 22 participants, 57.1% (approximately 12 people) were a part of the sentinels group. As defined on 16Personalities.com, Sentinels (ISTJ, ISFJ, ESTJ, and ESFJ) are “cooperative, practical, and grounded. These personality types seek order, security, and stability, and they tend to work hard to maintain their way of things.” To be sure that these weren’t just the most common personality types overall, Isabella compared them to the Myers-Briggs results of her classmates, which proved that these types were consistent among her military participants, but not overall.

While Isabella’s results showed common traits, she noted “I would like to have a bigger sample size to make a more concrete conclusion. I would also perform this experiment based on each branch of the military to see if there are any common threads. Another idea would be to compare the results to the Myers-Briggs type indicator to the years that the person has served. I would be able to make a conclusion about the length of time spent in service to see if there is a type that would tend to stay in longer or if there was a type that drops out sooner.” Read about the traits and careers of those who participated in Isabella’s research and watch a video presentation on her capstone page.