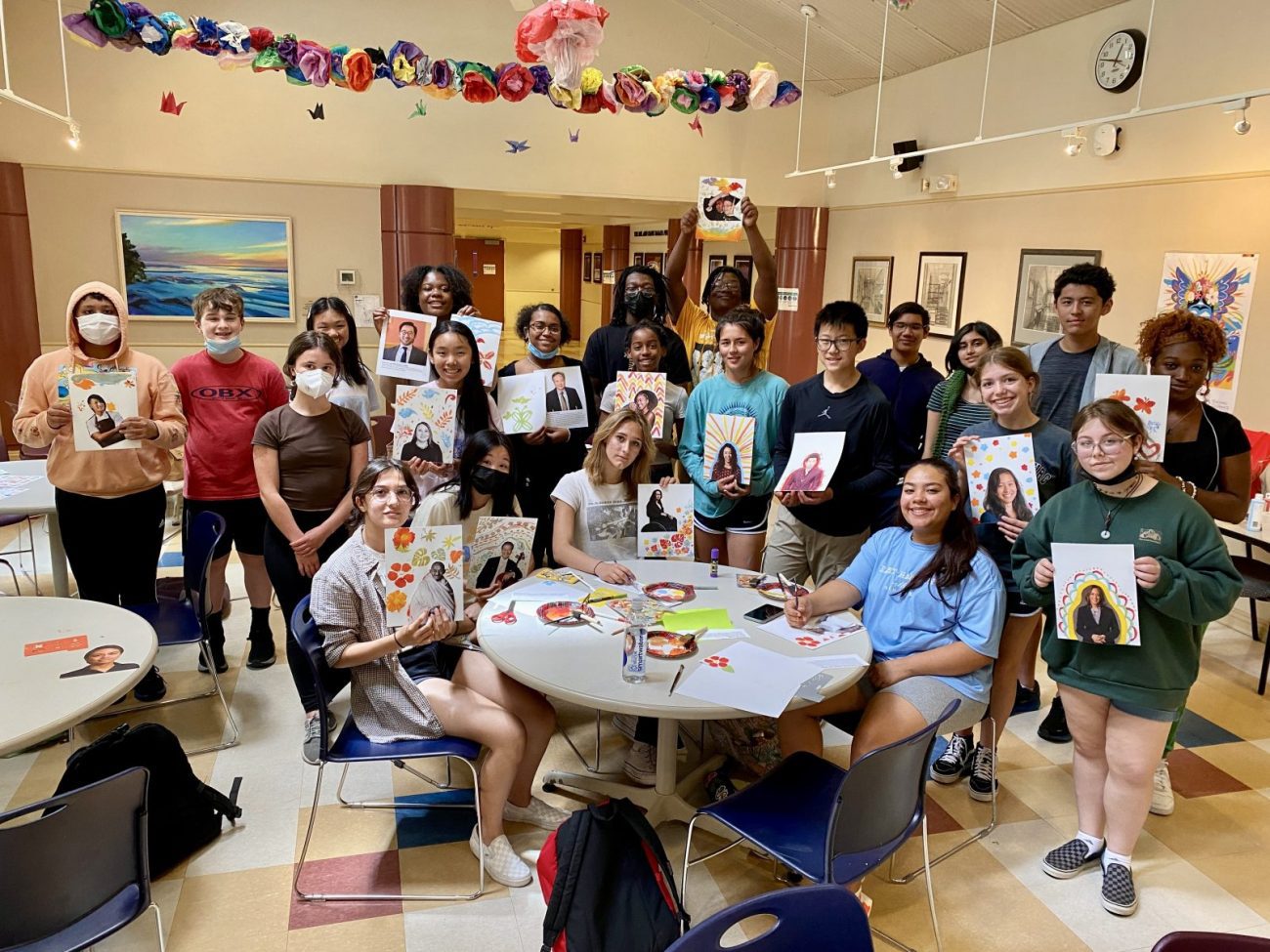 The Middle School Diversity Club has joined with the Upper School Martin Luther King, Jr. Club to collaborate on art for a bulletin board in celebration of Asian American and Pacific Islander Heritage Month.

The project began with students from the Diversity Club selecting a number of notable Asian Americans and Pacific Islanders, some of whom were MFS alumni. After identifying the individuals who would be featured in the artwork on the bulletin board, the students used biographies of the people they selected to inform the artwork that surrounded each photo. Natural elements such as specific types of flowers, clouds, and geometric shapes were included and meant to honor the person’s native region and/or culture.

History teacher and Middle School Diversity Club advisor Dan So-Schoos noted, “I love how this activity brought Middle and Upper School students together in a shared endeavor to raise awareness about important figures whose contributions have helped our communities and nation grow; the fact that some of these AAPI role models are MFS alums makes it even more special. On a personal level, with my husband being a naturalized Chinese American, the significance of this commemoration is deeply meaningful.”