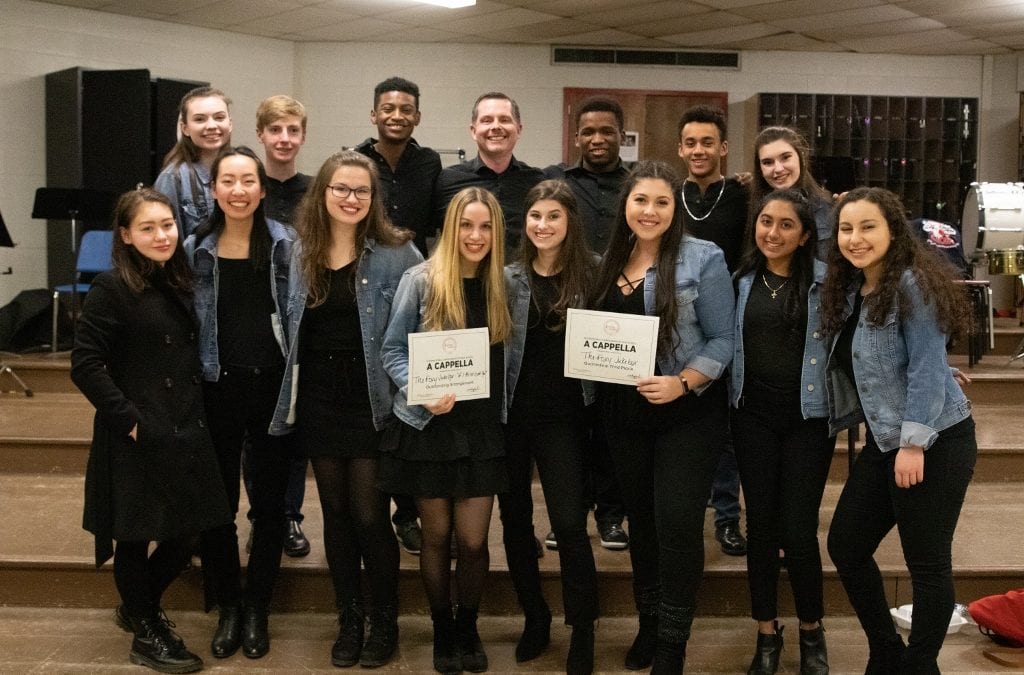 The tournament accepted 226 schools in the country after a video audition round. The Chamber Choir narrowly missed qualifying for the semifinals (the top two from each quarterfinal site qualify), but is still recognized as a Top 12 team in the Mid-Atlantic region. It was the group’s debut effort in the ICHSA Tournament.