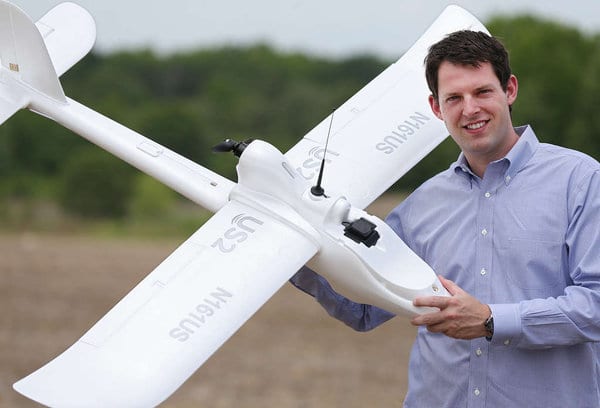 Dan Murray ’06 was recently featured on the front page of The Philadelphia Inquirer. He is the founder of Unmanned Sensing Systems, which uses drones to complete thermal imaging of fields for farmers.

Previously, scouts scanned miles of farmland – a time-consuming project. Drones, on the other hand, are able to collect five to ten gigabytes of data in one day. The machines scan and survey crops to determine varying needs focused around fertilizer, water intake, insect infestation, and pesticide amounts, factors which the naked eye cannot determine.

Dan is collaborating with Willard Agri-Service, a firm that manages farms in Maryland, Delaware, Pennsylvania, and Virginia. The drones are expected to be implemented sometime this month.

During his time at Moorestown Friends, Dan received the Herman Hollerith Award, given annually to a student who demonstrates an inventive and entrepreneurial spirit.