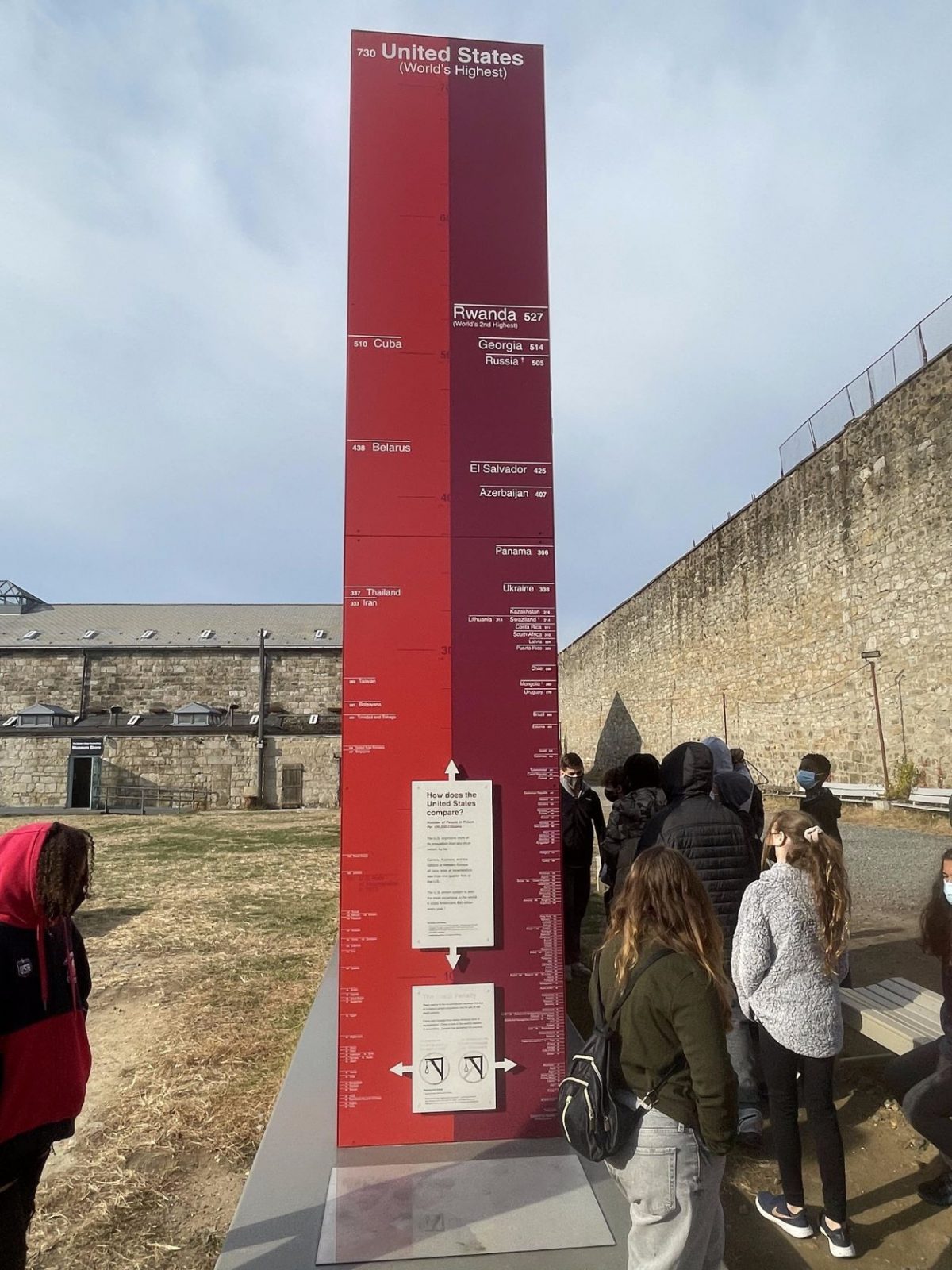 The famous Russian author Fyodor Dostoevsky asserted that, “the degree of civilization in a society can be judged by entering its prisons.” What does the rise of the “penitentiary” and the advent of mass incarceration tell us about American civilization? These questions, and more, motivated our recent field trip to historic Eastern State Penitentiary in Philadelphia for the seventh graders as part of their interdisciplinary Quest program.

In their English classes, the students have been reading the young adult version of the book Just Mercy, by Bryan Stevenson, that details the real life experience of Walter McMillian, a young Black man whose arrest and death sentence for the murder of a young White woman were motivated by racism and corruption rather than any connection to the truth. In Social Studies classes, students have explored issues such as the reliability of eyewitness accounts, the history of the criminal justice system, and factors behind the meteoric rise in incarceration in the United States between 1980 and 2010. How have programs and policies such as the “war on drugs,” the rise of for-profit prison corporations, increased policing interventions in our schools (the school-to-prison pipeline), and three-strikes laws been factors in accelerating incarceration rates? How has systemic racism oiled the gears of the machine that has chewed up the lives of so many of our fellow citizens? What solutions can we find for these pernicious problems?

Concern about inhumane and ineffective approaches to dealing with convicted criminals gave rise to the world’s first true prisons (as opposed to temporary holding-tank “jails”). Progressive reformers in Pennsylvania, many influenced heavily by their Quaker values, sought to create an alternative to the humiliating and often barbarically painful punishments that traditionally had been inflicted on convicts. The idea of creating a place in which these redeemable people could be separated from the evil influences that promoted criminality, in which they could learn a skill that would be useful for supporting themselves upon their upcoming release, in which they could quietly reflect and become “penitent” for their past actions, gave birth to the world’s first penitentiary, Eastern State. But the progressive intent of its founders, which was anchored by a belief in the ameliorative effects of solitary confinement, soon was faced with the grim reality of the destructive impact this isolation had on the physical and mental health of the inmates. Almost since its opening, Eastern State faced serious questions about the disconnect between its goals and its actual outcomes.

Of course, we face similar challenges today as we reflect on the goals and outcomes of our modern criminal justice system. Wrestling with issues not merely as historic curiosities but as relevant and significant to our own lives today, investigating problems through the analytical framework of science as well as the creative lens of literature, and recognizing that solutions are often elusive and rarely easy, these are some of the hallmarks of our Quest program at MFS. We are fortunate to have a region rich in resources that can complement this work; our visit to the historic Eastern State Penitentiary presented our students with a tangible and authentic connection to themes of enduring significance. 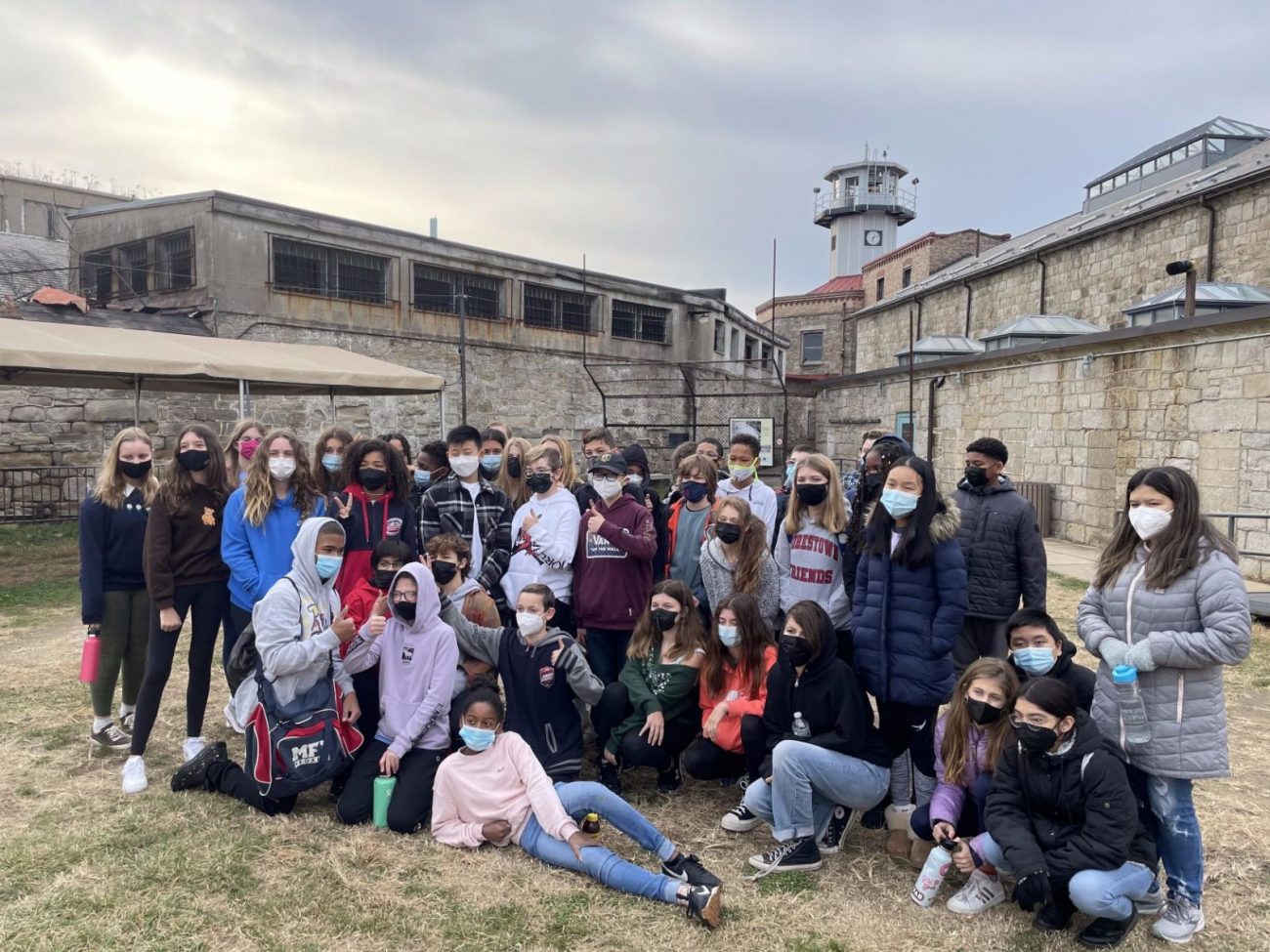