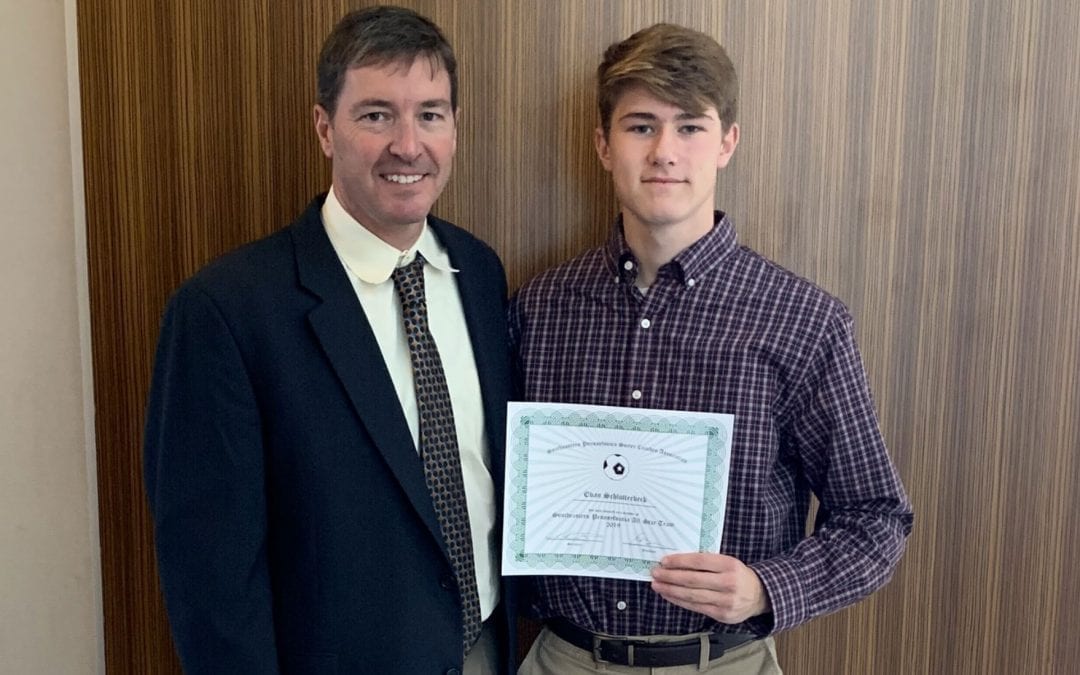 Junior defender Evan Schlotterbeck, pictured with Coach and father Mike, was honored as one of two players from the Friends Schools League to be named All-Southeastern Pennsylvania by the Southeastern PA Soccer Coaches Association at their annual banquet Sunday in King of Prussia, PA. He was a center back for the Non-Public B South champions who finished 17-6, the most victories in program history. He contributed four goals and four assists this season. Evan and Nolan Grady from Germantown Friends School have also been named All-State in Pennsylvania by the PA Soccer Coaches Association and will receive their honors at a January banquet in Harrisburg.‬