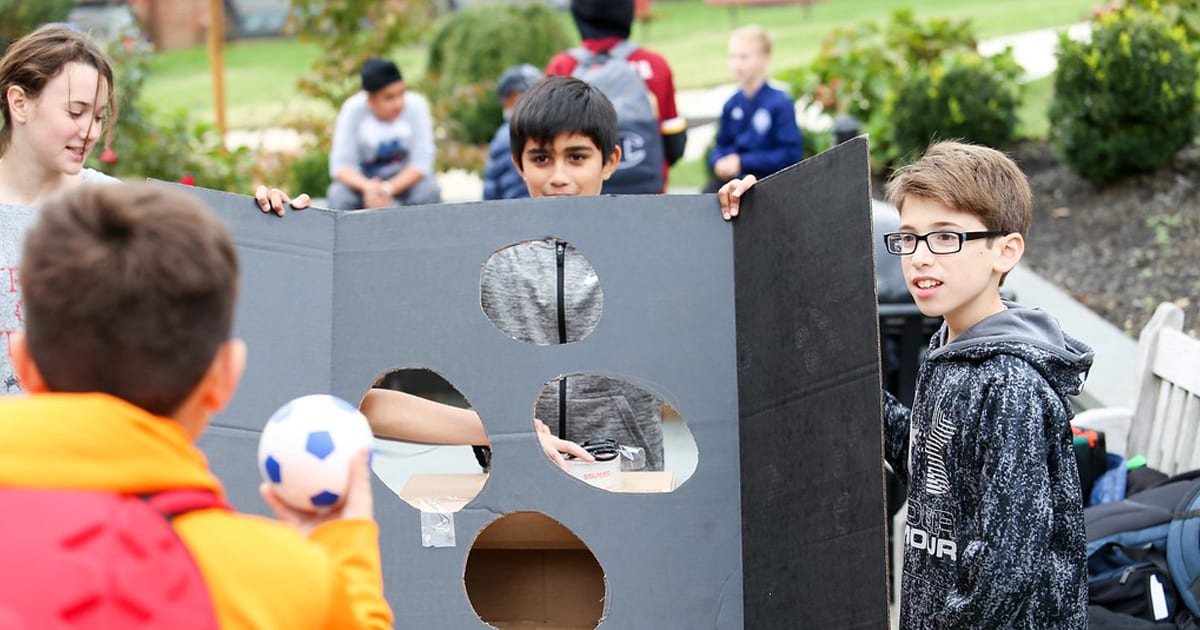 Fifth graders recently welcomed their Middle School peers to a full outdoor arcade. Students put their design and imagination skills to the test by crafting playable games out of cardboard and other common household items.

This event, now in its second year, was inspired by Caine’s Arcade, a nationwide movement to encourage creativity through design thinking. A 2012 documentary video tells the story of Caine, an eight-year-old boy living in East L.A. Caine built an elaborate arcade (complete with ticket dispensers!) in his father’s auto parts store but became discouraged with the lack of foot traffic. After a blogger took notice of Caine’s work, a “flash mob” soon gathered and gave him hundreds of guests.

Fifth Grade Teacher Monica Burrows screens the film every year before students begin work on their projects. “It emphasizes so many of the lessons that we’re hoping they get out of the process,” Mrs. Burrows explains. “Tap into your creativity; try, try again; the joy of sharing something that you’ve worked to achieve.”

The Cardboard Arcade unit challenges fifth graders to work with limited time and limited materials. They plan and revise their designs in groups and ultimately receive feedback from fellow students on the day of the Arcade.

“They have to sell their idea. They have to persevere because things don’t always work out,” Mrs. Burrows says. “They have these inevitably grandiose design ideas, and they realize how much of their plan they can actually create.”