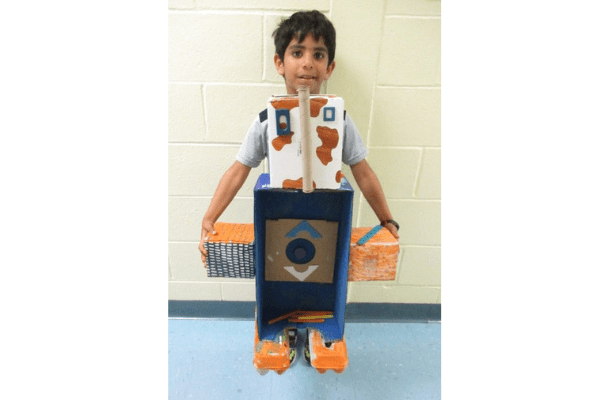 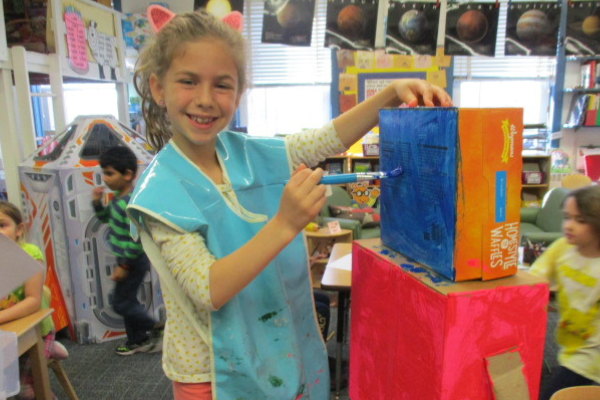 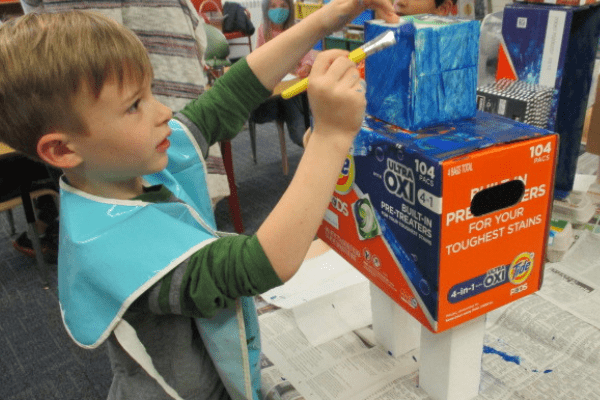 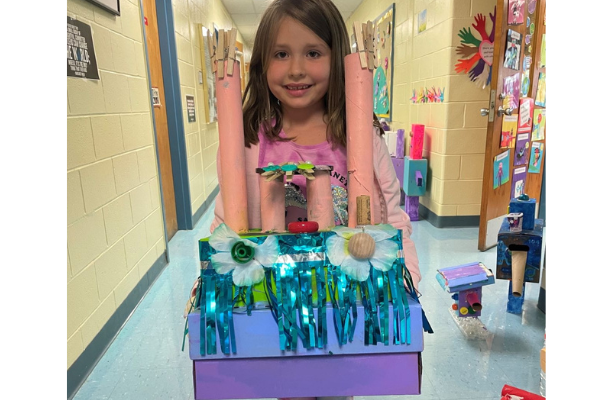 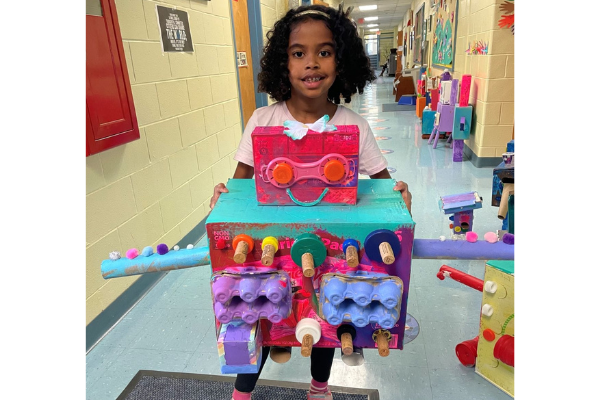 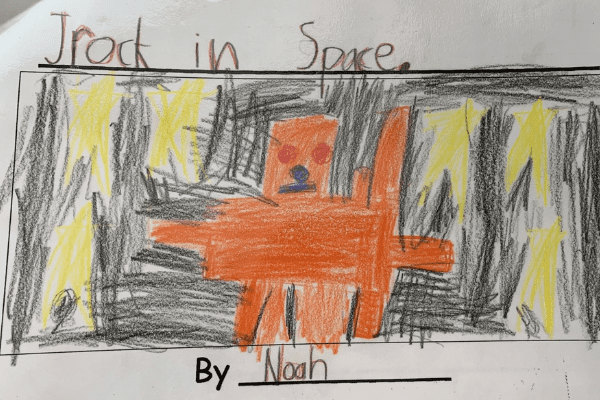 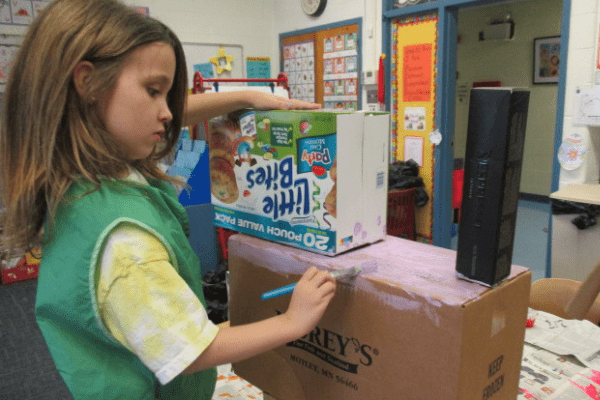 “One beautiful day on Earth, there was a robot named Jake. He was playing with his friend Zip. Jake is really nice and he has super hearing and he can fly. His friend is bored, so Jake said ‘I have jetpacks. We can see the planets!’”

“Once there was a robot named JzRock. He was an orange robot. He can blast off into space. He can explore space, too. He can do lots and lots of tricks. His arms are very, very long so if he wanted to go to a planet he could. Every day he explored space.”

First graders have spent the past few weeks learning all about space in many different ways. The unit was informed by a visit to the Edelman Planetarium at Rowan University for their “Sun, Earth, and Moon” program.

A culminating activity for students included the creation of some very innovative robots made of “junk” and recycled materials. Students were asked to bring in “junk” from home which became a huge inventory of materials for them to use as they designed and built their robots. The students were also challenged to think about how their robot could be best equipped if required to go into space.

“The project built student’s critical-thinking and problem-solving skills,” said First Grade Teacher Kristen Novak. “As they built their robots, items might be too heavy, or wouldn’t fit, and they needed to figure out alternatives or change their design.”

According to First Grade Teacher Teri Kaiser, teamwork also became a large part of the design process for all of the students. “At first, students were just looking to see if they could find materials to build their robots,” she said. “However, as the robot designs progressed, many of the students were often assisting each other in identifying what materials might work best for each individual student. It was fun to watch this teamwork develop.”

In addition to building their robots, students also named their robots and wrote and illustrated story books with their robot as the lead character (See passages at top.).

The unit also included many space-themed books and videos and the students created cinquains and enjoyed a number of other space-themed lessons and skill-building exercises in Technology class.