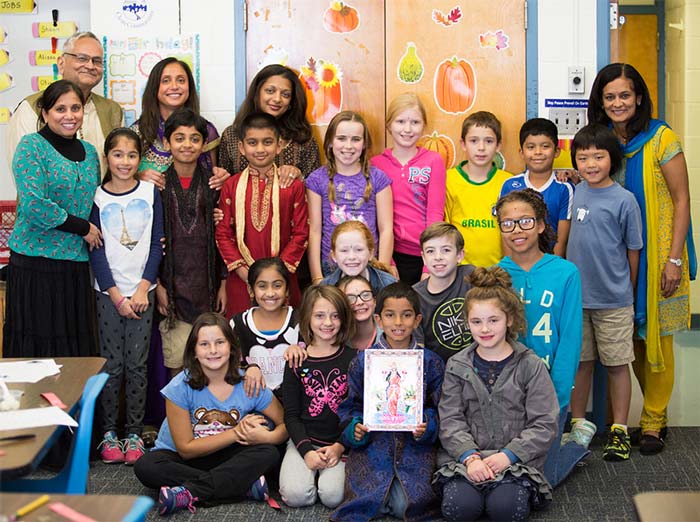 Students in Sarah Rotter’s fourth grade class recently learned about Indian traditions, with a focus on the Diwali celebration that occurred in late October. Parents and grandparents who celebrate the holiday brought clothing, food, books, and maps to share what it’s like growing up in an Indian family.

Here are a few facts the students took away from the experience:

View a photo gallery of the lesson!