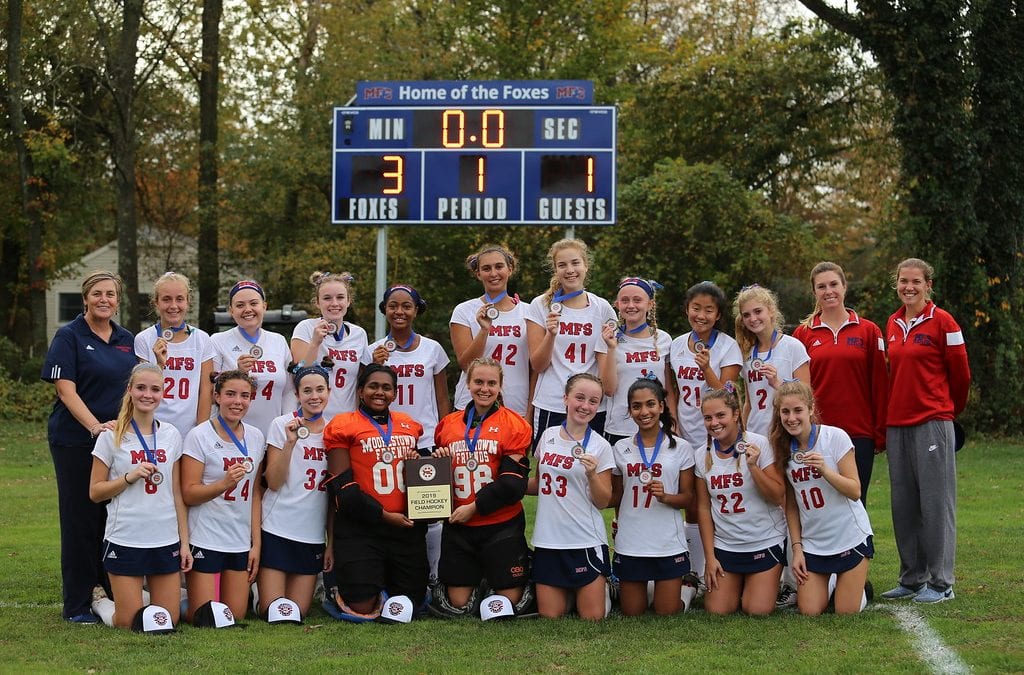 The Moorestown Friends School Field Hockey team earned the third Friends Schools League (FSL) championship in program history yesterday with a 3-1 home victory over Westtown. The victory concluded an unblemished FSL season for the Foxes who went 7-0 during the regular season. Since the league expanded to eight teams competing in field hockey in 2005, MFS is just the sixth team to run the table.

The visitors struck first early in the first half but the Foxes rebounded with two first-half goals by Jordan Obermeier to put them up 2-1 at halftime. With 17 minutes remaining, Jackie Barr scored an insurance goal to put the hosts up 3-1. Ava Carlson was stellar in net for MFS with five saves, including a highlight-reel save at the end of the first half.

MFS previously won Friends Schools League field hockey championships in 1985 and 2007. The league was founded in 1981.

Congratulations to the Foxes and good luck today!