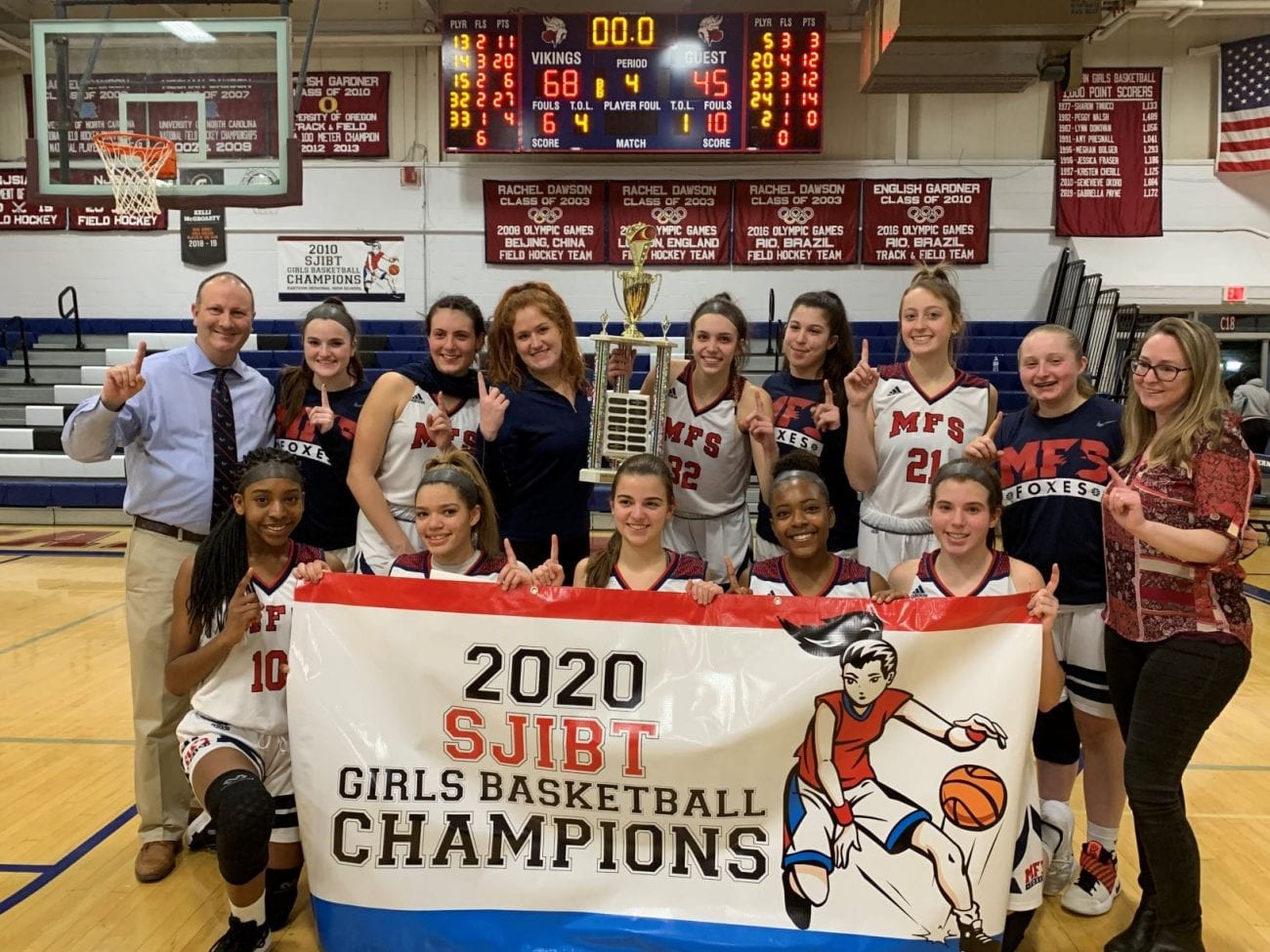 The Girls’ Basketball team (17-4) captured the South Jersey Invitational Basketball Tournament Championship Sunday evening, defeating Clearview (20-2) 68-45. The game was held at Eastern High School. It is the first title for Moorestown Friends in the 11 years that the tournament has been held. This year the in-season tournament featured a 20-team bracket that included many of the top teams in South Jersey, regardless of size.

The Foxes were led Sunday by tournament MVP and all-time leading scorer Bella Runyan ’20 who had 27 points, 6 rebounds, and 7 steals. Veyoni Davis ’22 contributed 20 points and 6 rebounds, and Sara Coppola ’21 had 11 points and pulled down 8 rebounds. They were both named to the SJIBT All-Tournament team along with Bella Runyan.