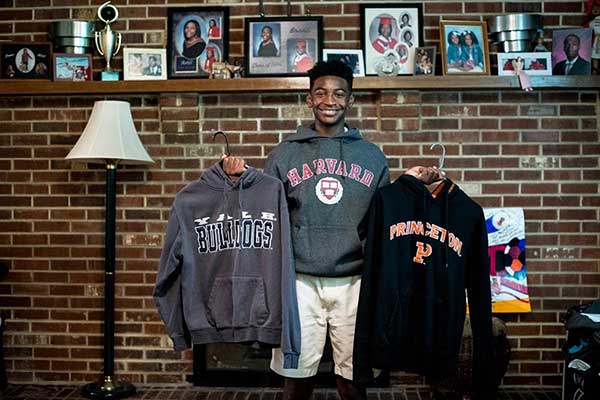 The young man with the splendid grin hands me his card.

“I want to go into the public-speaking field,” explains Bell, 14. “I want to speak to other teenagers about success and following your dreams.”

There’s much more that the soon-to-be Moorestown Friends School freshman hopes to accomplish, as I learned when I interviewed him last week at his family home in Pennsauken.

“I’d like to go to Harvard, like my uncle,” says Calvin R. Bell III (the R stands for Roosevelt), who hopes to major in political science and astronomy, or perhaps archaeology, at an Ivy League university. After that, he sees himself earning a law degree, entering politics, and, eventually, being elected president of the United States.

Read the full article on Philly.com.