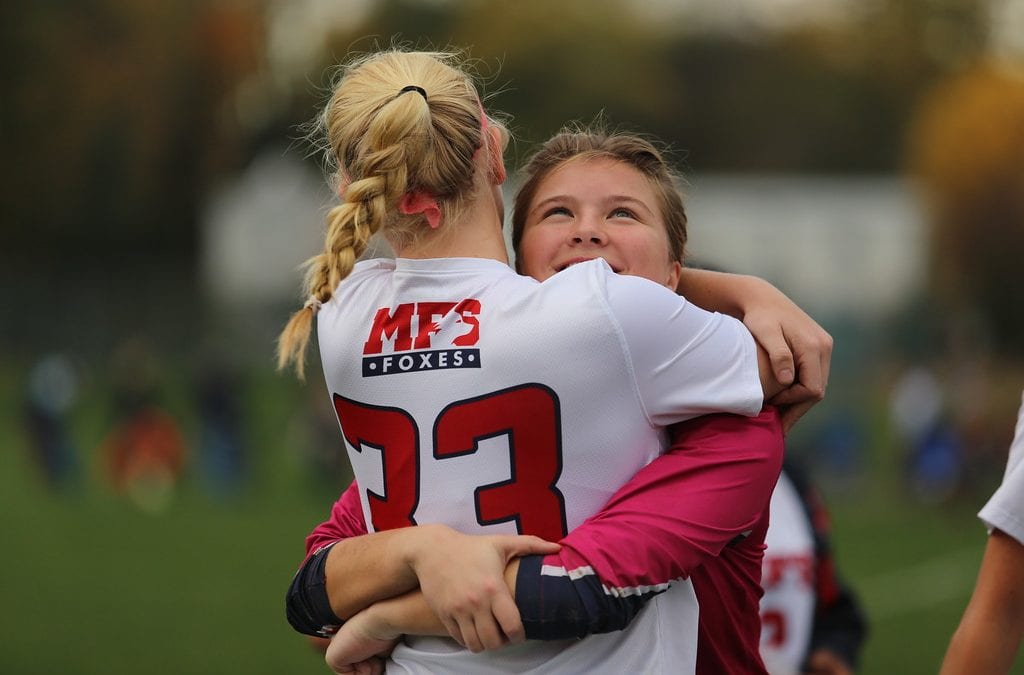 The Moorestown Friends School Girls’ and Boys’ Soccer teams have both reached the NJSIAA Non-Public B South championship match! They will play in a doubleheader Thursday night, November 9, at Washington Township High School (529 Hurffville – Cross Keys Rd, Sewell, NJ 08080). On the girls’ side, the #2 seed Foxes will face the #1 seed Rutgers Prep at 5 p.m.. On the boys’ side, the #5 seed Foxes face #3 seed Immaculata at 7:30 p.m.

On Monday, the MFS girls hosted Gill St. Bernard’s in the sectional semifinal. After a very even first half, the Foxes stormed out of the gate in the second half. Less than a minute into the stanza, senior Alexis Kasper deposited a pass from classmate Kieran Lees into the back of the net to get the hosts on the board. The Foxes then took control of the match. In the 54th minute, sophomore Bella Runyan found Lees to put the Foxes up 2-0. Runyan then put the match out of reach with a great individual effort to make the final score, 3-0 Foxes.

Tuesday, the boys’ team traveled to top-seeded Gill St. Bernard’s for the sectional semifinal match. The hosts broke through first in the 17th minute but the Foxes answered when junior Brian Cronk found freshman Evan Schlotterbeck in the 35th minute. In the 47th minute, freshman Astin Galanis struck from distance to put the visitors up 2-1. Twenty minutes later Galanis struck again, this time from Cronk. Just one minute later Schlotterbeck notched his second. Just one minute later the Knights pulled a goal back, but the scoreline held for the final 11 minutes to give the Foxes a 4-2 victory.