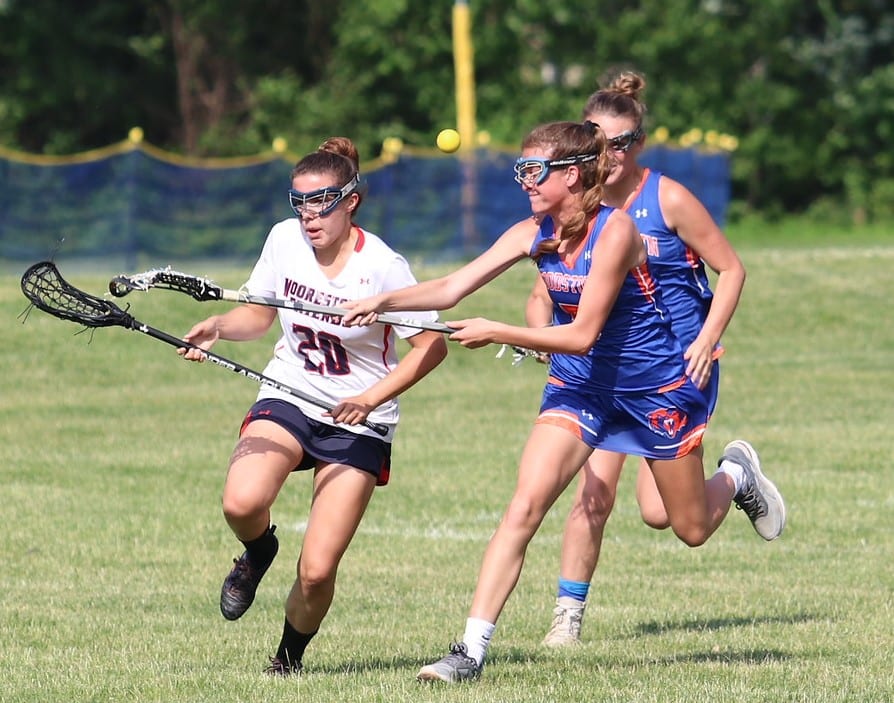 A goal by Bella Runyan ’20 with 14 seconds remaining in the game propelled the Girls’ Lacrosse team to a dramatic come-from-behind 14-13 victory over Woodstown yesterday in an NJSIAA Group 1 South semifinal match held at MFS. They advance to face top-seeded Haddon Township for the South Jersey Group 1 championship on Thursday at 3:45 p.m. at Recchino Field.

The Foxes went down early, 7-1, but battled back to make it an 8-4 match at the half. They slowly worked their way back in the second half leading to Runyan’s game-winning goal. She finished with seven goals and two assists. Maddie Bouggess ’21 scored four goals and had eight ground balls, while Meghan Roberts ’19 scored three goals and had six draw controls. Lizzie Carter ’20 had 14 saves in goal for the Foxes.

The NJSIAA does not sponsor separate public and non-public tournaments in girls’ lacrosse. From 1976 to 2006, all schools competed in one single tournament regardless of size. MFS won the state championship in 1980, defeating Moorestown 9-8. In 2007, four classifications were created (Groups 1-4). This is the school’s first-ever appearance in a Group I South Jersey championship match.