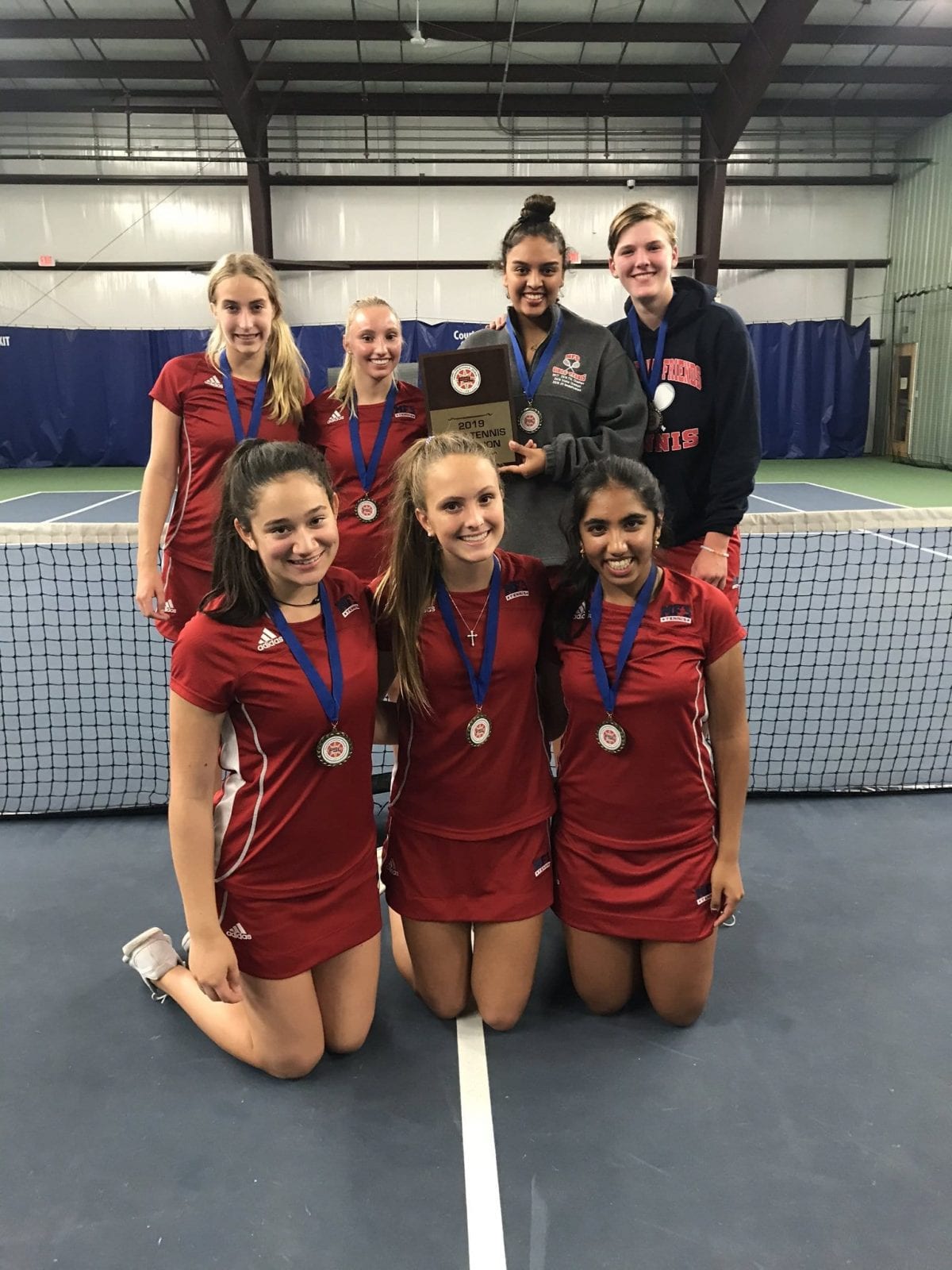 The MFS Girls’ Tennis team concluded an historic season Wednesday by capturing the Friends Schools League championship for the third consecutive season with a 5-0 victory over Germantown Friends. The Foxes end their season with an astounding 23-1 record, a program record for season wins. In the FSL championship match, wins were registered by Renna Mohsen-Breen, Bella Pescatore, Lisa Seiler, Elena Styliades/Skye Mada, and Natalie Julian/Roma Jha. It is the seventh league championship for the school with previous titles coming in 1988, 1990, 1991, 1994, 2017, and 2018.

Coach Mike Bodary’s team captured the program’s second consecutive NJSIAA Non-Public B state championship and ninth Non-Public B South sectional championship earlier this month. The team then advanced to the NJSIAA Tournament of Champions final before falling to Group 4 state champion East Brunswick (20-0). For much of the season, the Foxes were ranked No. 1 in the state among all divisions by NJ.com.

Congratulations to players and coaches for a phenomenal season!