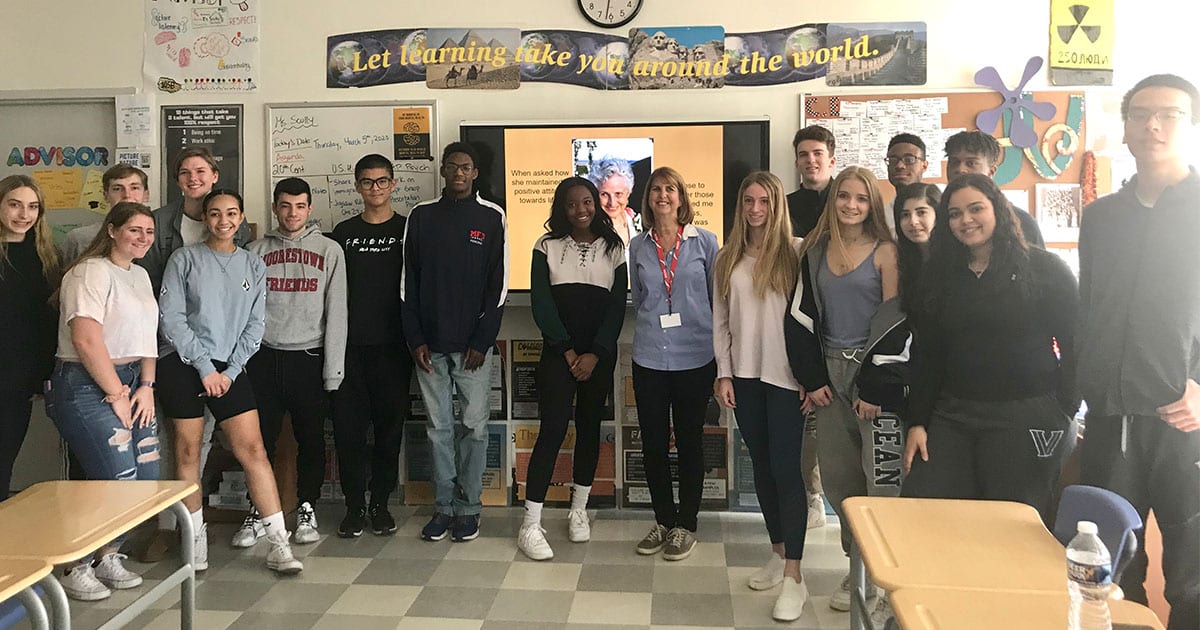 On March 4 and March 5, Renee Rieder Siegel came to MFS to speak to Jackie Scully‘s 11th grade 20th Century World History classes and Clark Thomson’s 12th grade Marginalized Groups class. Renee is a volunteer who speaks to many schools and organizations about her mother’s story as a Holocaust survivor.

Renee’s mother, Helen Rieder, grew up in Czechoslovakia, was eventually taken to Auschwitz during World War II, and was the only family survivor from that concentration camp. She later reunited with her brother Jacov in Israel. Helen emigrated with her husband to America in the 1950s where she started her new life. Helen was a prominent Holocaust survivor, telling her story to many schools and organzations for years. She passed away four years ago, and her daughter, Renee, has made it her mission to continue sharing her mother’s story to as many people as possible.

Students offered reflections on Renee’s presentation. “Helen Rieder’s story is one of timeless bravery and strength,” said Cadence Roy ’21. Added Cara Savitz ’21: “When you see prejudice around you, it’s so important that you take a stance against these acts.”