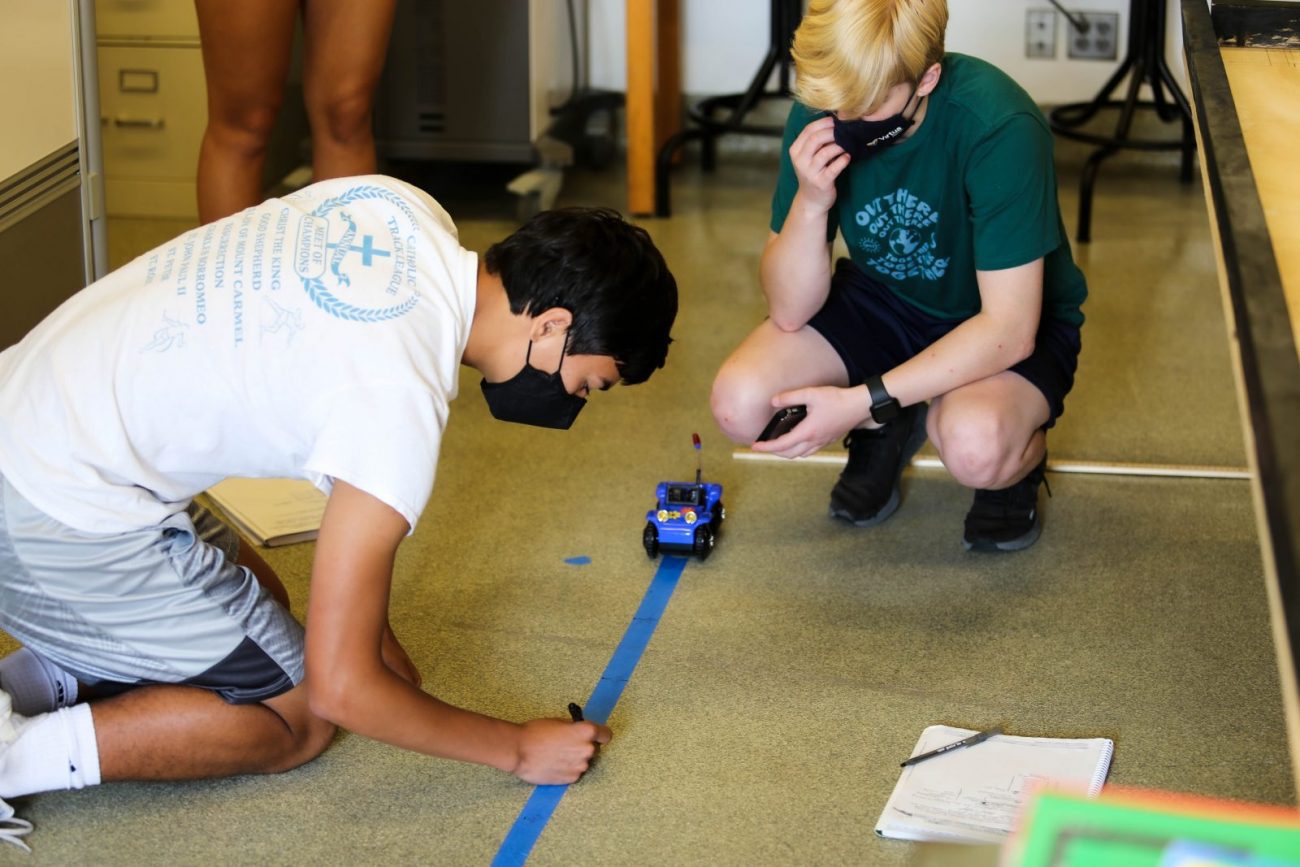 Excitement in the Science Department!

After a hiatus due to the pandemic which required much work via video and demonstration, the Science Department is very happy to resume in-person labs – doing experiments, gathering data, and then analyzing that data. Here is a sampling of some of the activities occurring in classrooms and labs!

In Jennifer Mosher’s Honors/AP Physics I class, students designed and implemented their own data-collection plan to determine whether their buggies had constant velocity. Most of the student collaborative groups decided to measure time and position; however, when these groups made graphs of their measurements they used the relationship between position and time to evaluate the motion of their buggy.

Honors Chemistry students in Laura Slocum’s class did four different experiments to determine if making a physical change with various substances would cause a change in mass. For example, they had two different solutions in separate beakers from which they obtained the mass of before mixing. Then they poured one solution into another to see if anything happened and re-massed their beakers. Students then evaluated the mass before and after mixing to see if the mass increased, decreased, or stayed the same.