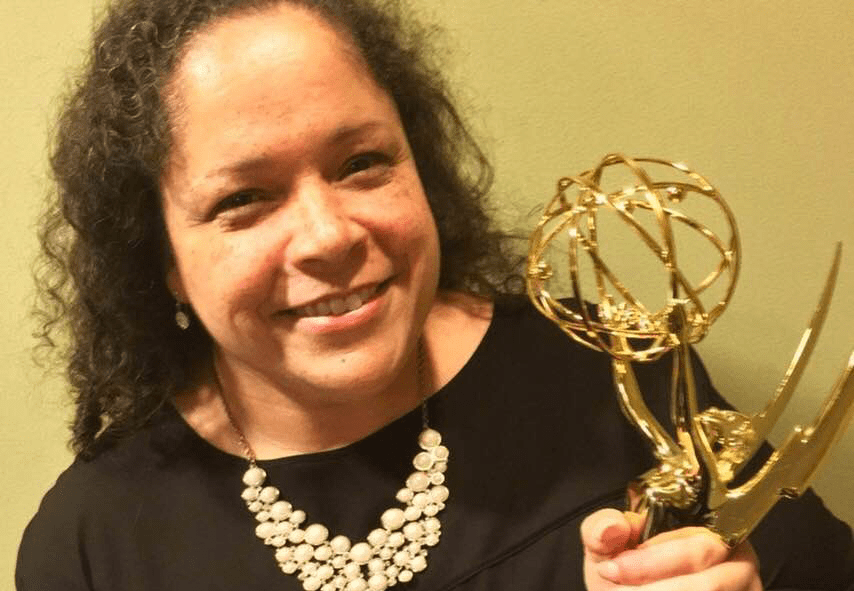 The journalistic prowess of Janice Johnston ‘88 was honored at the 39th Annual News and Documentary Emmy Awards on October 1. Janice, a senior producer at ABC News, joined fellow 20/20 team members onstage as they received an Emmy for “Outstanding Coverage of a Breaking News Story in a Newsmagazine.” The team’s winning episode Las Vegas: Heartbreak and Heroes included extensive interviews with eyewitnesses, victims, and first responders in the aftermath of the tragic Las Vegas mass shooting.

Janice has previously been honored with multiple Emmy nominations and five additional awards for her work, including productions at Good Morning America (2007) and ABC News Specials (2017). She has also received two George Foster Peabody Awards, a Salute to Excellence Award from the National Association of Black Journalists, and an NAACP Image Award nomination.

Janice’s longtime commitment to MFS continues to inspire future generations of students. She serves on the Board of Trustees and presented a keynote speech at MFS Career Day in 2015. In fact, while waiting backstage to have photos taken of her and the Emmy, Janice encountered a familiar face: Erica D’Costa ’15. Erica saw Janice’s keynote and was inspired to pursue a career in television. She is currently a journalism major at Rutgers and was volunteering at the Emmys that very night.

Janice earned her B.A. from Princeton University and her law degree from the University of Virginia. She began her career as a practicing attorney and started at ABC in 1998. Read more about Janice’s work in this article from her Career Day visit.