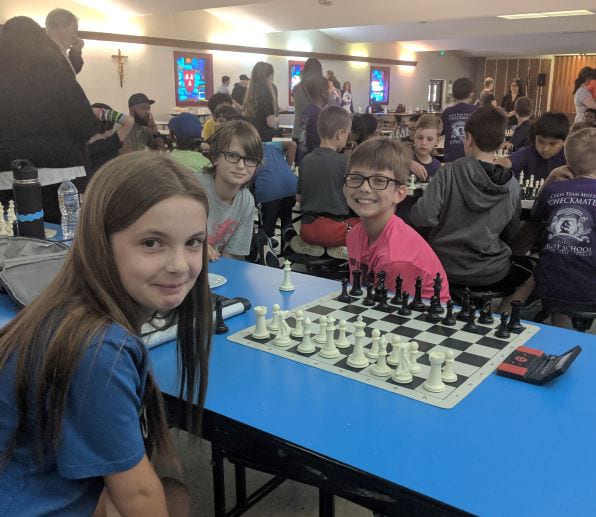 Moorestown Friends School students had a successful day at the spring Knight School Chess Tournament held May 18 at St. Andrew School in Drexel Hill, PA. This follows three championship-level victories for the Lower School in the winter competition on December 15.

Three MFS students won their grade-level tournaments. They are:

The all-tournament championship brought together the winners from each grade level. Third grader Noah Hasni was a finalist in this competition but lost to the middle school champion.

The Knight School runs chess clubs across the country, including the Lower and Middle School clubs at Moorestown Friends. Its involvement at MFS began with a pilot program last year, which has since grown significantly in student participation.