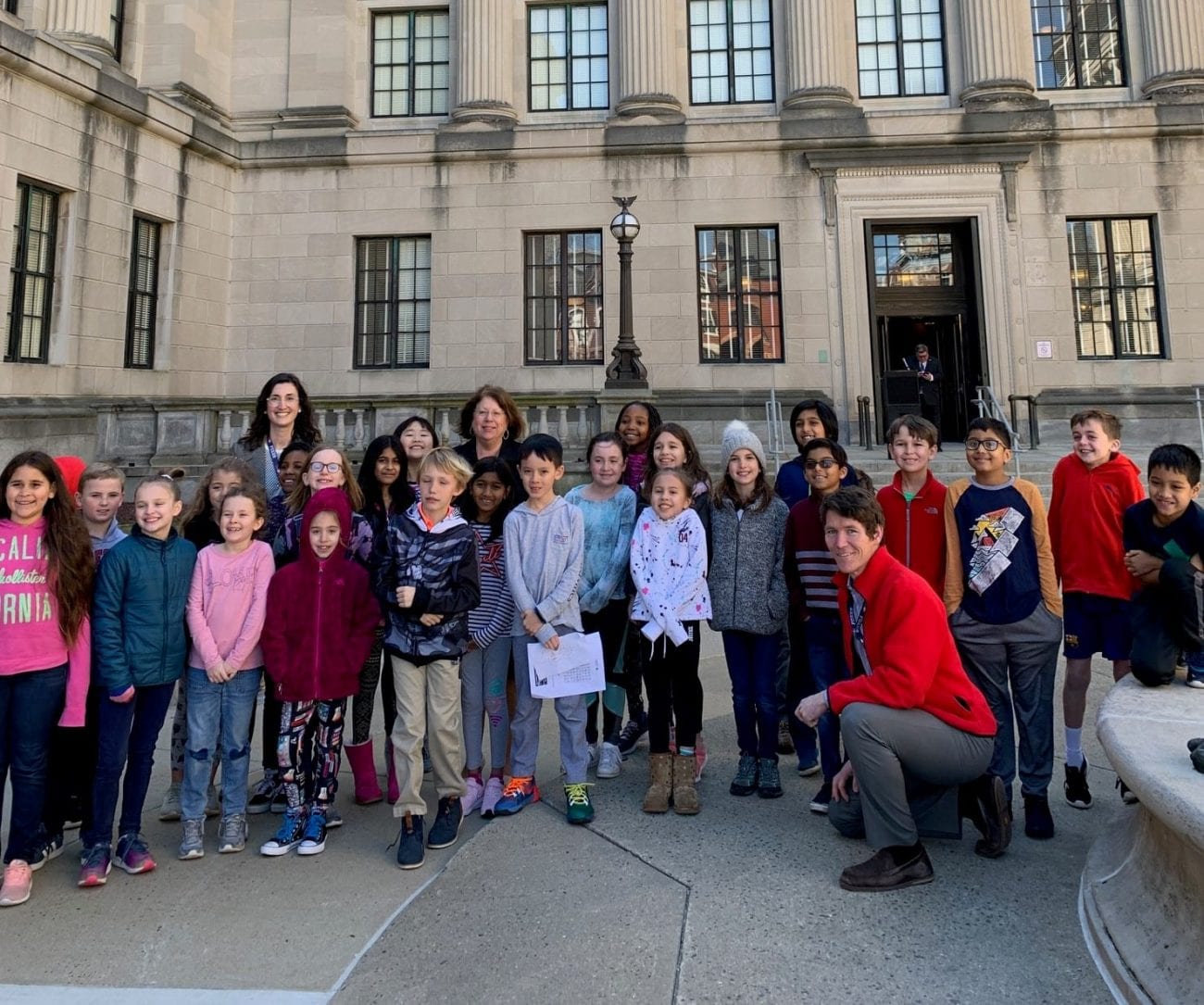 A recent third grade persuasive writing unit was brought to life as students had the opportunity to personally deliver letters to State Senator Linda Greenstein and her chief of staff on March 5. The letters expressed student opinions about the possible addition of an Alice Paul (MFS Class of 1901) statue to National Statuary Hall at the Capitol in Washington, DC. Students also met Nancy Youngkin, President of the Democratic Federation of Women Voters. The meetings coincided with a field trip to the New Jersey State Museum as part of a study of the Lenape.

As part of the writing unit, students in both third grade classes carefully read an op-ed advocating for Alice Paul to become one of the two statues representing New Jersey at Statuary Hall at the Capitol in Washington, DC. The two New Jersey statues are currently Philip Kearny and Richard Stockton.

“We got the whole grade together and looked carefully at the op-ed,” said teacher Ted Quinn. “What is fact? What is the author’s opinion? What could a different opinion be?”

Teacher Rachel Mainwaring spoke of the value of fostering inquisitiveness. “We really try to get them to ask a lot of questions,” she said. “As they ask more questions, they begin to notice arguments that are possibly missing.”

Students were initially skeptical of the possibility of their voices being heard by legislators. However, their perspective changed quickly as the senator spoke with them. “Senator Greenstein expressed how it was really meaningful to hear their voices and that she was going to read the letters and write back to them,” said Ms. Mainwaring. “She mentioned that some of her best ideas from bills in the past have come from letters from children.”