MFS Alumna is a Candidate for the New $20 Bill 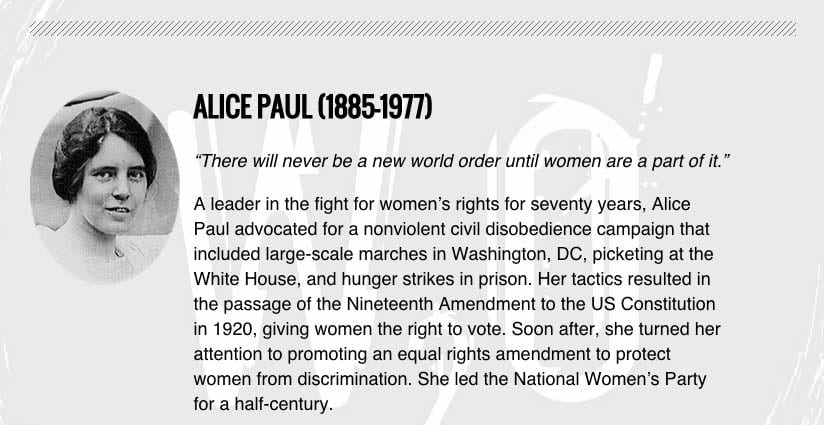 An organization called Women On 20s is campaigning to put a woman’s face on the $20 bill. Their mission is to make sure that when the next face of currency is chosen, it is decided in an online referendum “from a slate of candidates who embody the values, ambitions, and ethics upon which this country was founded.”

One of their “15 inspiring American women heroes” is Alice Paul, MFS Class of 1901. Alice was a leader in the fight for women’s rights for seventy years, and she advocated nonviolent civil disobedience through large-scale marches, picketing, and hunger strikes. Her efforts resulted in the passage of the Nineteenth Amendment in 1920, which granted women the right to vote. Alice led the National Women’s Party for half a century.

Included on the list with Alice are influential American women such as Sojourner Truth, Rachel Carson, Rosa Parks, and Eleanor Roosevelt.