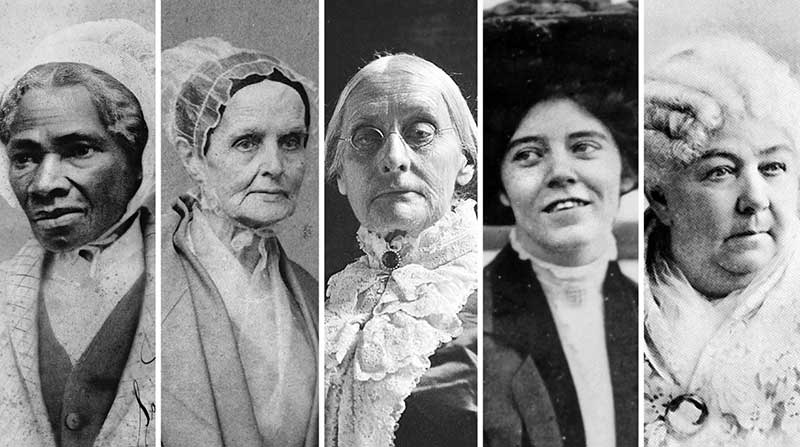 Alice Paul, MFS Class of 1901, will be featured on the back of the redesigned $10 bill, expected to debut in 2020, the centennial of the 19th Amendment establishing women’s suffrage. While Alexander Hamilton will remain on the front of the $10 note, the portraits of five women suffrage leaders, including Paul, will be depicted on the back.

The current image of the Treasury building will be replaced with an image of a 1913 march in support of women’s right to vote that ended at the building, along with Paul (pictured second from right), Lucretia Mott, Sojourner Truth, Elizabeth Cady Stanton, and Susan B. Anthony.

The announcement about the changes to American currency was announced on April 20 by Treasury Secretary Jacob J. Lew.