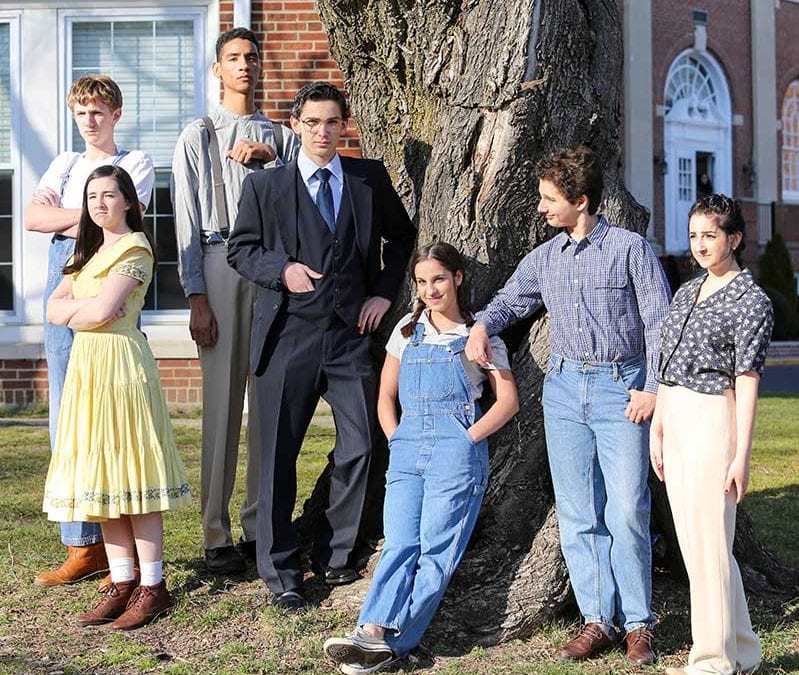 Moorestown Friends School will present two performances of the play To Kill A Mockingbird on Friday, March 11, 7 p.m. and Saturday, March 12, 7 p.m. Before each performance, actors will pay tribute to author Harper Lee, who died on February 19. All tickets are $12 and may be purchased online at:mfs.booktix.com. Performances are open to the public.

About To Kill A Mockingbird

In the mid-1930’s racial tensions are high in Maycomb, Alabama. Nonetheless, young Jean Louise Finch, most well-known as Scout, manages to live a rather carefree, privileged existence, insulated from issues of race. However when her father Atticus Finch defends an innocent black man, Tom Robinson, against a potential death sentence, Scout begins to realize that just because society portrays something as being true doesn’t mean that it actually is fact. In this compelling family story we see a small town faced with racial injustice and one man’s journey to better his children’s views in a cowardly world. To Kill A Mockingbird is now considered an American masterpiece about the power of childhood innocence, morality, and love.

Playing lead roles in the performance are: