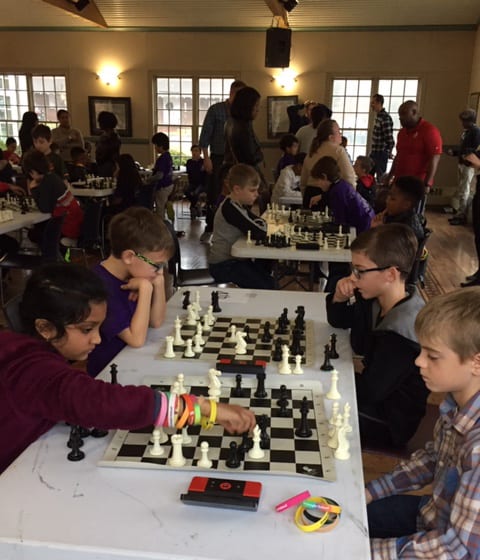 Three MFS students won their grade-level tournaments. They are:

The all-tournament championship brought together the winners from each grade level. Fourth grader Aodhan DiPalma was a finalist in this competition (losing in the final round to an eighth grader from St. Francis of Assisi).

The Knight School runs chess clubs across the country, including the Lower and Middle School clubs at Moorestown Friends. Its involvement at MFS began with a pilot program last year, which has since grown significantly in student participation.

Congratulations to all MFS participants and winners!