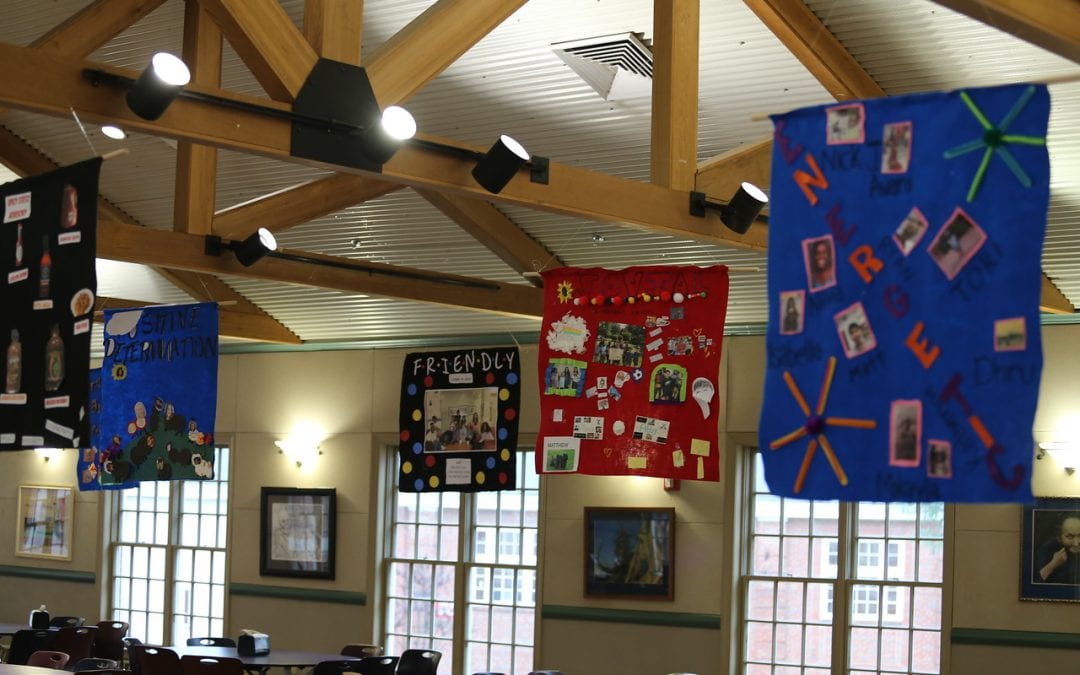 Middle School students decorated the Dining Hall Commons (DHC) on Tuesday with banners created in their Advisory classes. The design of each banner was a weeks-spanning collaborative effort, requiring consensus on both topic and theme.

Middle School Dean of Students William “Bee” Stribling provided background on the project: “Every year Advisories think about what it means to be in a community. After they’ve brainstormed, they pick a word that will represent just their Advisory. This leads to discussions of what represents all of us, and what can we all agree on?”

Advisories began their discussions about community in mid-October and finished their banners by the end of November. The process of settling on a single word to represent multiple students naturally led to creative concepts.

“The advisory I was working with came up with a portmanteau word of differgent, which is different and intelligent,” Mr. Stribling said. “They were really excited about that, but they liked the theme of energized better. So there is a lot of negotiation and paring down, where you have these divergent ideas and you converge on one idea.”

The Advisory banners will remain in the DHC through the end of the week; students will then re-hang them in the Middle School hallway.