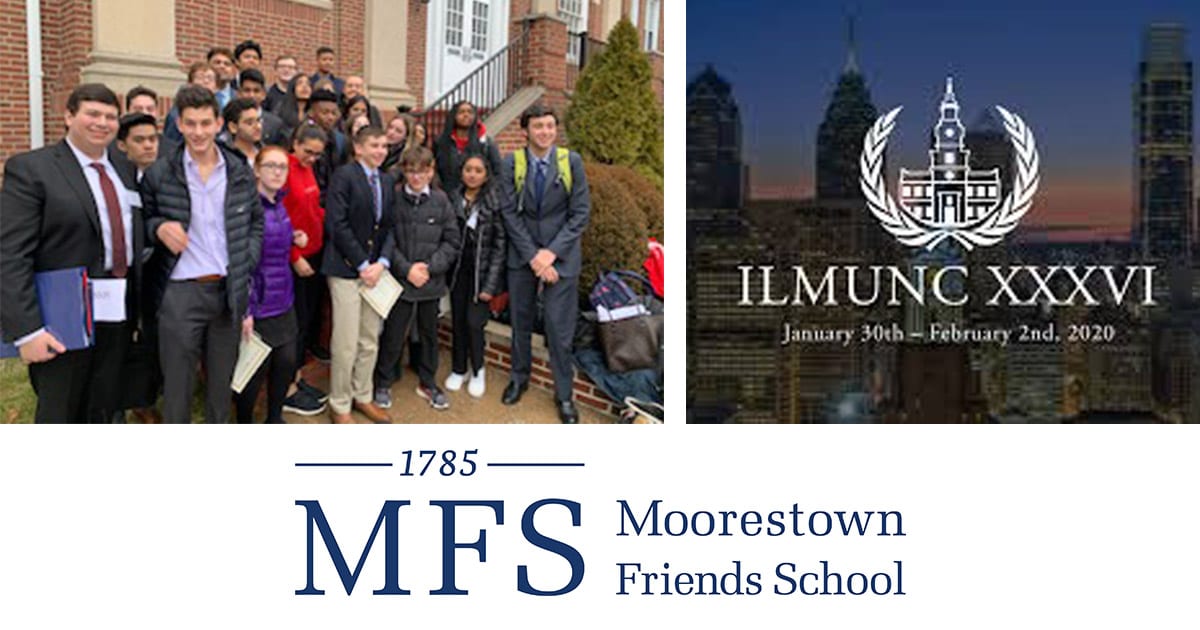 The MFS Model UN (MUN) delegation traveled to Philadelphia from January 30 – February 2 for the Ivy League Model United Nations Conference, hosted by the University of Pennsylvania.

Commented advisor and History Department Chair Clark Thomson: “Our delegation competed in the Ivy League Model UN with 3,000 students from many states and countries. In fact, one of the committees was run primarily in Spanish. The size was a bit of a shock to our novice delegates who either had not participated yet, or had only participated on a Saturday at Eastern. Those included Julianna Banfe ’23, Jack Kinzler ’23, Michael Kraft ’21, John Limjoco ’21, Shriya Reddy ’23, Julia Tourtellotte ’23, and Vanya Weinstock ’23.  In addition, we had a number attending only their second conference: Robert Bougazelli ’21, Heera Dalal ’23, Francesca Mazzotta ’21, Andrew Mercantini ’23, Ashleigh Sorokin ’22, and Daniel Sorokin ’23.

I mention this to highlight the amazing work Aaron Klein ’20, Josh Strauss ’20, Kayla Patel ’21, Christine Chandran ’21, Shelby Deibler ’20, and Kian Caneles ’21 have done preparing our delegates for an extremely competitive conference.  In fact, this morning, Josh and Aaron took the extra step of checking in with Chairs from many of the committees, which our less experienced delegates were on, to provide feedback for them. It is this student commitment to leadership that has brought this program success.”

At the closing ceremonies, the following delegates were recognized:

Heera Dalal ’23 and Andrew Mercantini ’23 earned Honorable Mention in the Economic Commission for Latin America and the Caribbean representing Chile,

Aaron Klein ’20 and Josh Strauss ’20 earned Honorable Mention in the Brexit negotiation as Kristy Blackman of the Scottish National Party, and

Aani Desai ’22 and Calvin Bell ’20 earned Honorable Mention in the United Nations Human Settlements Program representing Ukraine. As an exciting bonus, the work of this committee is part of the UN Refugee Challenge, and their resolutions are going to the United Nations for review and possible implementation.