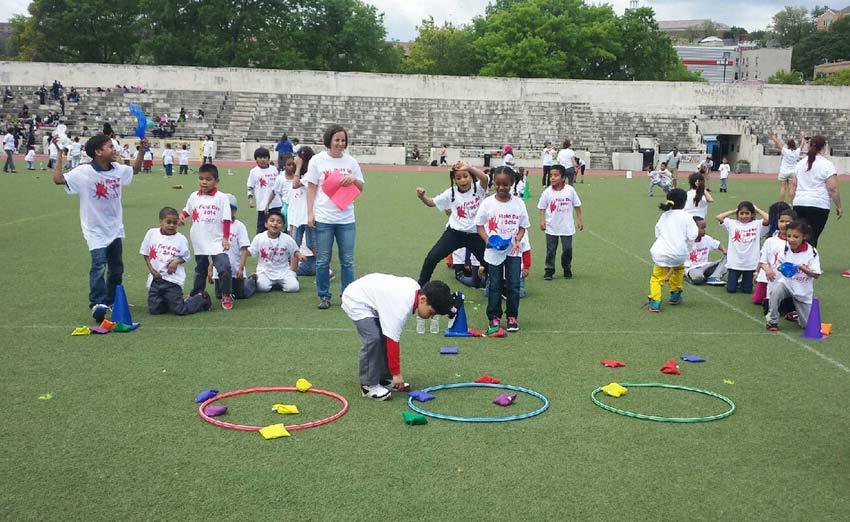 This post is an excerpt from Making a Difference in Education, a story featured in the Fall 2014 issue of Among Friends magazine.

When did you realize that you wanted to be a teacher?

My first work experience in the field of education was through my Senior Project at MFS. After an internship with a literary magazine fell through, my mom suggested I contact a friend of hers who worked in the outreach department of a health center. The internship involved traveling to “camps” at local blueberry farms where Mexican migrant farmworkers lived, giving “health talks” in Spanish, taking people’s blood pressure, and setting up appointments at the clinic. The project led to a paid position for two summers while I was in college, doing the same kind of work.

The outreach job made me realize that I loved working with people, using my Spanish language skills to break down barriers and help educate. It inspired me to continue studying Spanish in college, and to volunteer teach English as a second language to immigrant populations. I studied abroad in Peru while at Middlebury, and after graduating I lived for a year in the Dominican Republic and a year in Mexico, doing educational work in both places. Then I began to apply for master’s programs in bilingual education in New York City.

What are you most passionate about in your line of work?

I am passionate about empowering bilingual children, as well as empowering monolingual children by helping them become bilingual. Recent studies have shown that apart from the social, cultural, and economic advantages that often accompany childhood bilingualism, fluency in another language enhances higher order cognitive skills. It allows for more flexible thinking and problem solving. The best time to learn to speak, read, and write in another language is when you are young.

What is your mission as a bilingual teacher?

The theory behind bilingual education is that when children are taught academic content in their first language at the same time as they learn English, they can remain on par with their monolingual peers academically, and are less likely to eventually lose their home language. I don’t personally believe it makes sense for children who grow up speaking Spanish at home to be thrown into an “English only” environment in school. They may lose their Spanish, or never learn to read and write it, only to be retaught Spanish through foreign language classes in high school. It is not equitable to expect young children to learn academic content solely through a language in which they are not proficient.

How would you describe your day-to-day work?

I work for the New York City Department of Education as a dual language teacher in elementary schools. “Dual language” indicates that students learn all academic content in both English and Spanish. At my school last year, we had “English days” and “Spanish days.” The idea is that 50 percent of the students in a classroom come from an English speaking background and 50 percent are stronger Spanish speakers (although it doesn’t always work out perfectly in practice). So the English dominant students learn Spanish while the Spanish dominant students learn English. They learn from each other in an organic way, through content and social interaction rather than isolated language courses.

On a daily basis, I work with my co-teacher to lead reading, writing, math, science, and social studies in both languages. I usually spend a minimum of eight hours each week writing lesson plans, grading assignments, and analyzing data around student progress. It feels worth it because the work is so rewarding.

How would you say your experience at MFS influenced your professional life and interests?

I think my education at Moorestown Friends gave me a strong foundation to pursue my passions. I learned to think critically, appreciate diversity, and to fight for the causes in which I believe. In my opinion, these are the most important skills in becoming successful and leading a happy and meaningful life.