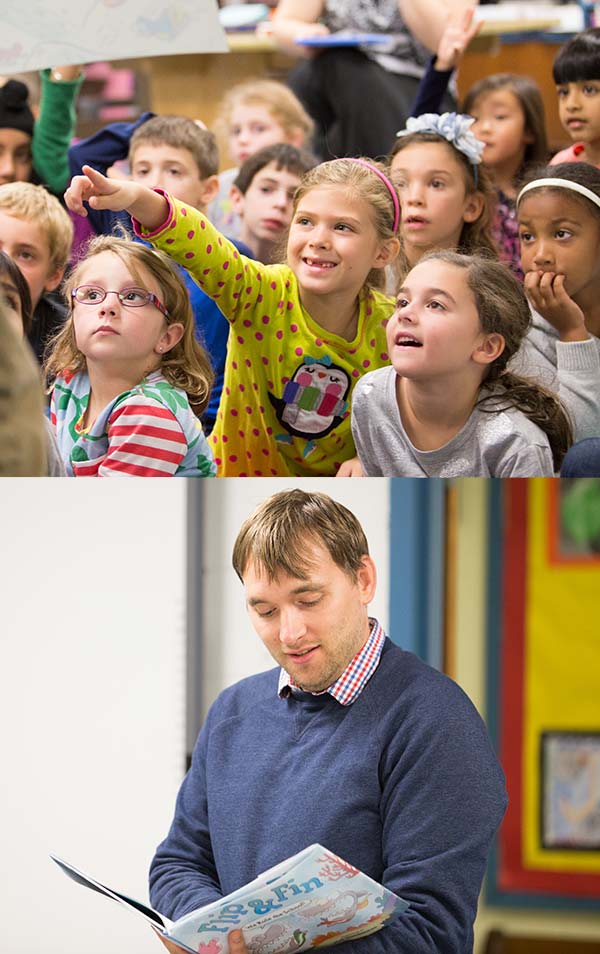 Brian Weaver, Moorestown Friends School Class of 1999, goes by the name Neil Numberman in the publishing world. The author and illustrator visited with Grades 1-5 for a full day on Tuesday, October 21. He shared details of how he works as an artist and conducted book signings.

Neil Numberman’s titles include A Valentine’s Surprise, Do NOT Build a Frankenstein!, and most recently, Flip & Fin: We Rule the School!. The majority of his books are geared toward ages 4 and up, with the exception of his Joey Fly, Private Eye graphic fiction series, which is written for older elementary school children.

The MFS graduate has also worked as a freelance artist for Microsoft, MTV’s Liquid Television, and ABC’s Extreme Home Makeover.

He graduated from the School of Visual Arts in 2006 and resides in Brooklyn.

Watch Neil Numberman’s most recent video, “How to Make a Children’s Book Cover.”