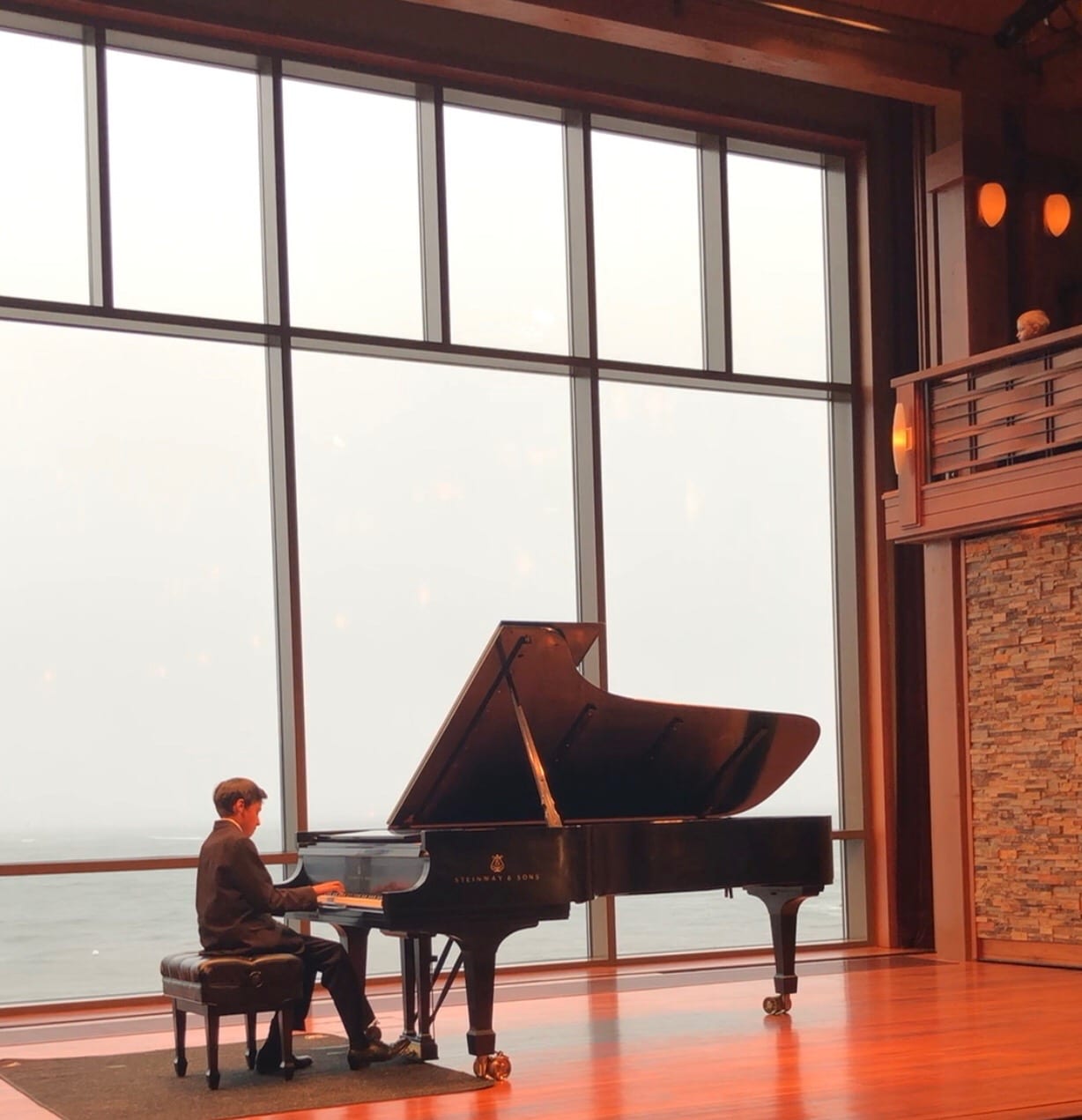 After a string of successes in the International Crescendo Competition, pianist Yusuf Ansari ’22 will perform at New York’s prestigious Carnegie Hall this February.

Yusuf has played the piano for nearly nine years. “I had to practice at least half an hour a day [at the beginning], and now I have to practice for about an hour a day,” Yusuf says. “I just grew to love it.”

Yusuf was first informed of the Crescendo Competition by a piano teacher, who enrolled him in 2017 and again in 2018. The competition is open to performers age 5-22 in numerous musical categories: instrumentalists (piano, strings, and winds), vocalists, duets, and ensembles. Participants are grouped according to age and participate in first-round auditions across the U.S.

Yusuf performed at Westminster Conservatory in Princeton last November, earning first place in his category. In recognition of this achievement, Yusuf will play alongside fellow first and second place winners from around the country at New York’s Carnegie Hall on February 9.

“I’m going to perform the same piece I played for the judges, which is ‘Rondo Alla Turca’ by Mozart,” Yusuf says.

Yusuf will perform at the 7:30 p.m. recital. Click here to visit the International Competition page and learn more about the audition and recital process.