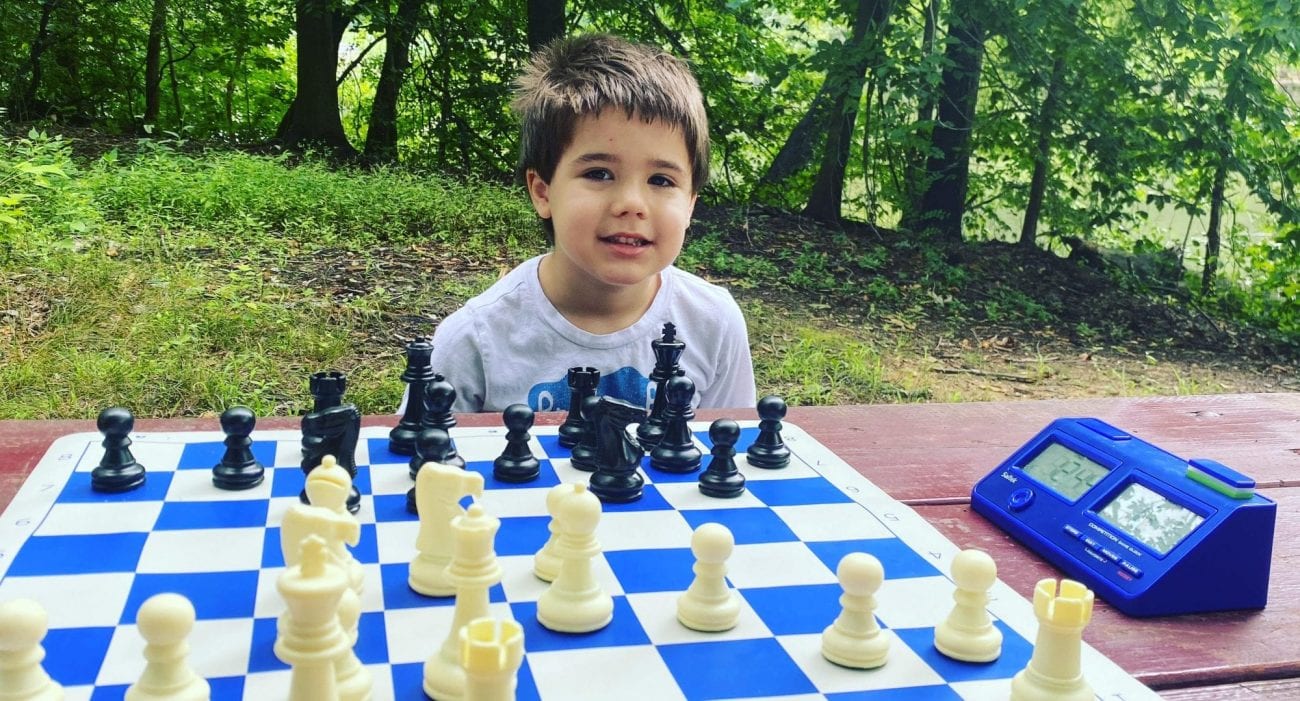 This winter, Liam Jesunas ’34 and Madi Hughes ’21 represented MFS in the 2020 US Chess/ChessKid K-12 Showdown, the virtual replacement for the canceled National K-12 Grade Championships. Over 2,800 players entered the event, representing almost every state, making it the largest Grade National Championship ever.

Liam was the #1 seed in the 114-player kindergarten section. Liam went undefeated, finishing in first place. Due to technical difficulties, the K-5 sections completed after two rounds. Liam has taken weekly lessons from International Chess Federation (FIDE) Master Dov Gorman at the South Jersey Innovation Center in Marlton since he turned four. Liam’s first round game kicked off the tournament’s national coverage, being broadcast simultaneously on YouTube and Twitch.

Madi finished in the Top 25 of 12th graders, after earning a draw against the 12th place finisher from North Jersey’s perennial chess powerhouse Sparta High School. She learned to play in an elementary school chess club, and as the only girl in her club of more than 30 people, she was inspired to establish the Moorestown Friends Upper School Chess Club. Madi hopes to play chess at the collegiate level.