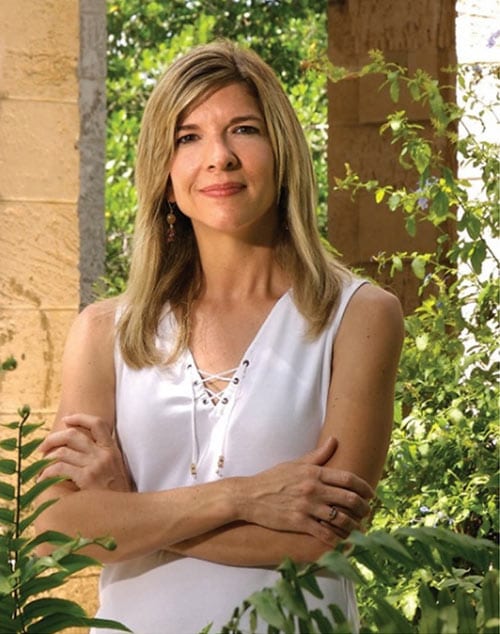 Robin Bachin ’84 served as editor and annotator of her latest work, Big Bosses: A Working Girl’s Memoir of Jazz Age America. The autobiography, written in the 1920s, was penned by Althea Altemus, a single mother who worked as a personal secretary for the most preeminent business people in America of that era. The book is comprised of the exact memoir plus historical context, commentary, and further biographical information provided by Robin.

As a history professor at the University of Miami, Robin Bachin primarily focuses her teaching and research on American urban and environmental history, women’s history, and labor history from the late 19th to 20th century, so she found it striking that in many ways the memoir could have been written today.

“The manuscript was written 100 years ago, but we are still having the same conversations,” said Robin. “There was one scene where Althea was hired as a secretary by an architect and he was staring at her jawline, which sounded exactly like the stories from the Harvey Weinstein scandal. It’s clear we are still dealing with issues of inequality. There was the expectation that women didn’t require equal pay as men. Althea had to keep it hidden that she had a child because employers assumed mothers wouldn’t work as hard, which is fairly commonplace for single working women today. Althea also claimed she was a widow, although she was divorced from an alcoholic husband because there was judgment about divorced women.”

Robin was approached with the memoir after it was discovered by Althea’s grandson in a closet at Vizcaya, the former Miami estate of businessman James Deering, who was a leading figure of International Harvester, the largest manufacturer of farm equipment in the world. After reading through the material, Robin thought it was an incredibly significant work for women’s history, labor history, and the history of 1920s business people.

“You typically don’t get written documents from people in the labor force in that capacity [as a secretary],” said Robin. “Here, we have a first person narrative that gives so much more depth and texture of what it was like to be a working woman. For example, Althea describes how employers didn’t want women clerical workers expressing their individuality. No wedding rings or bob hairdos. So women would spend a half hour in the locker room, putting on wigs and changing their clothing, to be dressed appropriately for the workplace.”

As Althea was divulging salacious details about the famous and wealthy individuals she worked for, she did attempt to alter names so Robin had to do a bit of detective work to understand which individuals she was discussing. Plus, through straightforward historical biographical research of combing through census data, city directories, high school yearbooks, employee records, marriage and divorce records, Robin was able to put together more of Althea’s own life story.

Now Robin is working on two other book projects. Tropical Urbanism will look at the architectural and environmental history of Miami, and she is co-editing Engaging Place, Engaging Practices which is about how urban universities are involved in civic engagement and urban revitalization.

Understanding a city’s history and how students and faculty can get involved in working with local residents to revitalize urban areas is particularly important to Robin, as she founded the Office of Civic and Community Engagement at the University of Miami where she serves as Assistant Provost. She’s interested in thinking about how to leverage academic resources at universities in service to their local communities, and Robin credits her experience at MFS for fostering that passion.

“The idea that a school can think broadly about creating students who have a wider focus and sense of civic identity has been important for my thinking in my role as a history professor,” said Robin. “Through experiential learning outside of the classroom and knowledge building by being in the community, we can understand different perspectives and make the work of schools more directly relevant to their communities.”