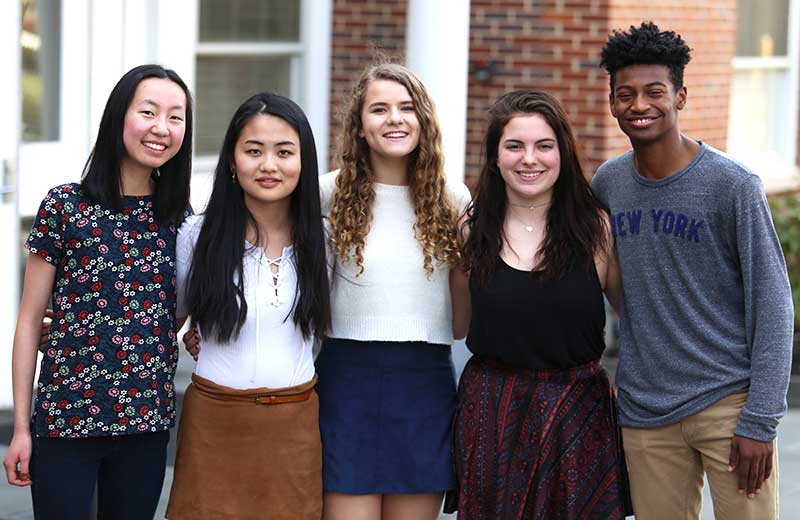 Five students were recently recognized in the 2018 Southern NJ Regional Scholastic Art & Writing Awards competition. Submissions are juried by luminaries in the visual and literary arts. Panelists look for works that best exemplify originality, technical skill, and the emergence of a personal voice or vision.

For the art categories:

Calvin Bell ’20 won a Gold Key for photography for his piece “Light’s Prospective.”

Megan Mininno ’18 won a Gold Key and is an American Vision Nominee for her mixed media piece “Narrative.”

As one of only five “Best in Show” works of art selected from the Southern Jersey region as an American Vision Nominee, Megan’s work will be considered for the American Voices Medal for artists — the highest regional honor presented by the Scholastic Art & Writing Awards.

As Gold Key winners, Serena, Calvin, and Megan will have their works considered for national-level recognition.

For the writing categories:

Serena Lin ’19 won ten total awards. She received honorable mentions for her poems “And Then It Was Less Bleak Because We Said So” and “girlhood” and her flash fiction piece “An Autopsy.” Serena was awarded Silver Keys for her poems “slut,” “kickback,” “kwansaba,” and “molotov cocktail.” She earned Gold Keys for her poems “on outliving one another,” “seasons,” and “back in the ring again.”