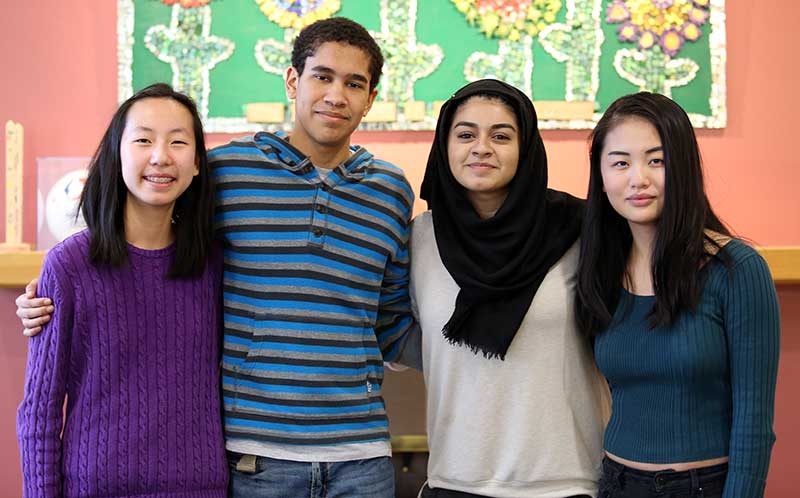 Four Upper School students were named regional winners in the 2017 Scholastic Art & Writing Awards. Over 320,000 works were submitted nationally from students in Grades 7-12 in 29 categories of art and writing, and submissions were juried by luminaries in the visual and literary arts. To be recognized, panelists look for works that best exemplify originality, technical skill, and the emergence of a personal voice or vision.

Hannah Jin ’20 was a Silver Key recipient for her poem A Giggle of Delight.

Medina Shah ’17 received the Gold Key award for her poem Suppression. As a Gold Key winner, Medina’s work has been submitted to the national competition and will be considered for national medals and sponsored awards.