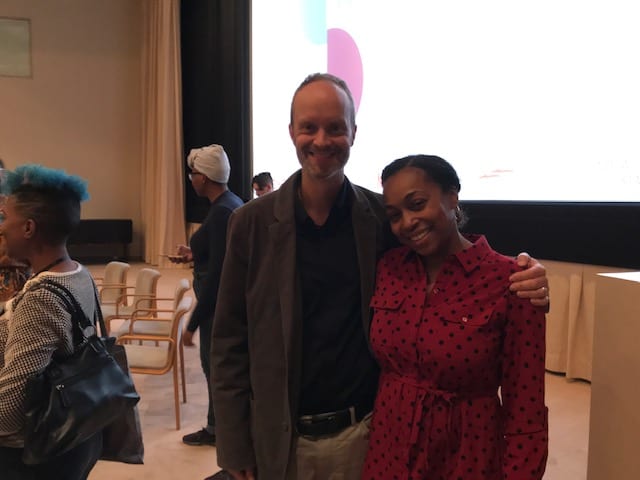 For Middle School English Teacher Mark Gornto, an incredible filmmaking journey began with a spontaneous phone call. In the summer of 2006, Mr. Gornto received a message from his friend Hezekiah “Heze” Lewis — later an Adjunct Film Teacher at MFS — who was in film school at UCLA.

“He did a lot of research and found the story of Yaa Asantewaa,” Mr. Gornto says. “She’s a prominent figure in West African history, especially in defiance against the colonialism that took place in the early 20th century, but no one [elsewhere] really knew who she was. So Heze wrote the script for a short film and said, ‘Hey, I’m going to shoot my senior thesis in Ghana; do you want to help?’”

Mr. Gornto joined the project, titled Warrior Queen, as a producer. He financed travel expenses through the generosity of the Zekavat Sabbatical Fund, a grant endowed in 1996 by the Zekavat family that encourages MFS faculty to pursue creative summer travel and study. Mr. Gornto’s primary responsibilities included location scouting and casting work.

“We actually shot the film on Yaa Asantewaa’s ancestral land,” Mr. Gornto says. “So in order to be there on her land, which is considered very sacred, we had to go through a lot of meetings with the local tribes and chiefs and talk about what it meant to be there.”

Preparation for the shoot took about seven weeks, and the shoot itself about one week. Every African character in the film was played by a Ghanaian actor, including several who had no prior experience and joined as a result of their passion for telling Yaa Asantewaa’s story on-screen.

The finished film traveled along the festival circuit from 2007-09, gaining several awards along the way. Recently, a new screening opportunity emerged from a friend of Mr. Lewis and Mr. Gornto — the Director of Film at the National Museum of African-American History and Culture.

“I was talking to Heze and his wife [Leashia] at our house not too long ago,” Mr. Gornto explains. “They said, ‘We’re screening the film at the African-American Museum on October 25 and you should be there.’ And I said, ‘I will be in the building for the seventh grade trip.’ It was a weird moment of serendipity and coincidence.”

Warrior Queen was screened as part of the Smithsonian African-American Film Festival in a program and panel entitled “Say Her Name.” This presentation included four short films that placed women at the center of the story.

When reflecting on the experience, Mr. Gornto recalls the collaborative spirit of the entire project.

“We just kind of jumped on board,” he says. “You felt very strongly about how passionate he [Heze] was about Yaa Asantewaa’s story, and how important we felt it would be to share that story with a broader audience. It really was a whirlwind.”