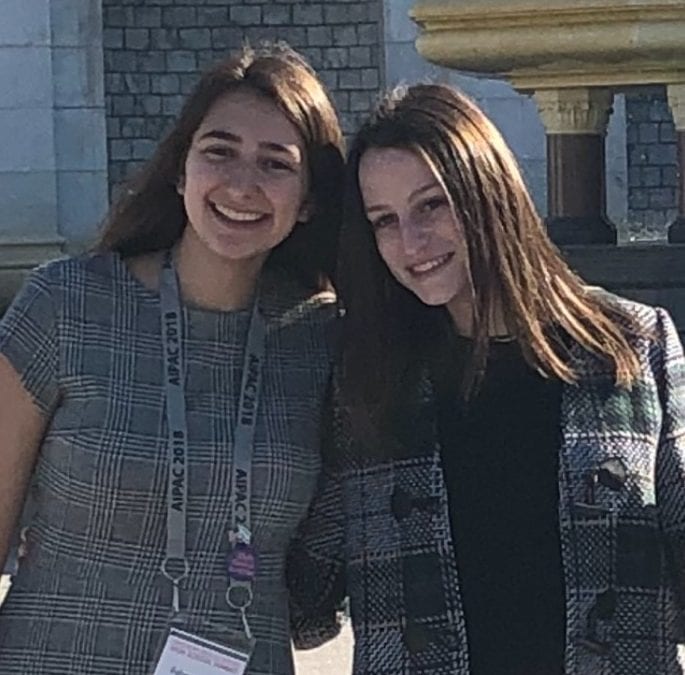 “We sat in on different sessions with about 50 people in a room,” Sophie explains. “We learned about different Middle Eastern countries and the relationships between those countries and Israel. And then we also sat in on sessions about how AIPAC makes itself known through social media.”

One of the summit’s primary themes was “dialogue, not debate,” an idea that was reinforced in an AIPAC panel led by staff members and interns.

“We talked about how if you actually want to make a difference, [you should] sit down and have a discussion and really talk about it instead of just trying to win the debate,” Rebecca says.

At the end of the week, Sophie and Rebecca had the opportunity to lobby congressional staffers from the administration of Donald Norcross. Sophie says that such firsthand experiences proved highly valuable: “If I were to go into the realm of politics as an occupation, I would know what it’s like, so to see that was really cool.”

Rebecca, too, found the experience impactful, especially in light of recent events. “It was very empowering after the events in Pittsburgh, and it was really nice to go and work for the same goal together.”