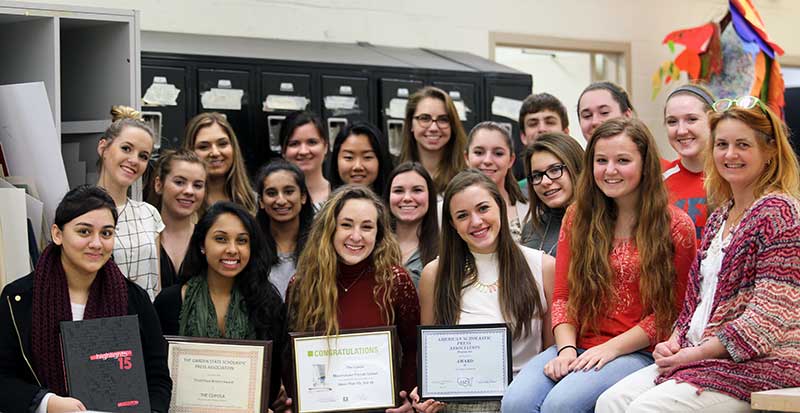 Two student publications, the Cupola yearbook and the arts and literary magazine IMAGES, received a total of five awards based on their work during the 2014-15 school year.

“For all awards, our staff receives critiques and notes for improvement,” said Cupola Co-Advisor and Art Teacher Nicole Edmund. “We submit our publication for these contests partly as an affirmation of our student talent, but also to understand how we can improve our product.”

English Teacher Emily Salazar also acts as Cupola Co-Advisor, and the Editors-in-Chief for the 2015 Cupola were Taylor McManus ’15, Nicolette Tamburri ’15, and Aliya Williams ’15. In total, there were 20 students on the yearbook staff.

In its letter of recognition, the American Scholastic Press Association praised the efforts for the 2014-15 publication.