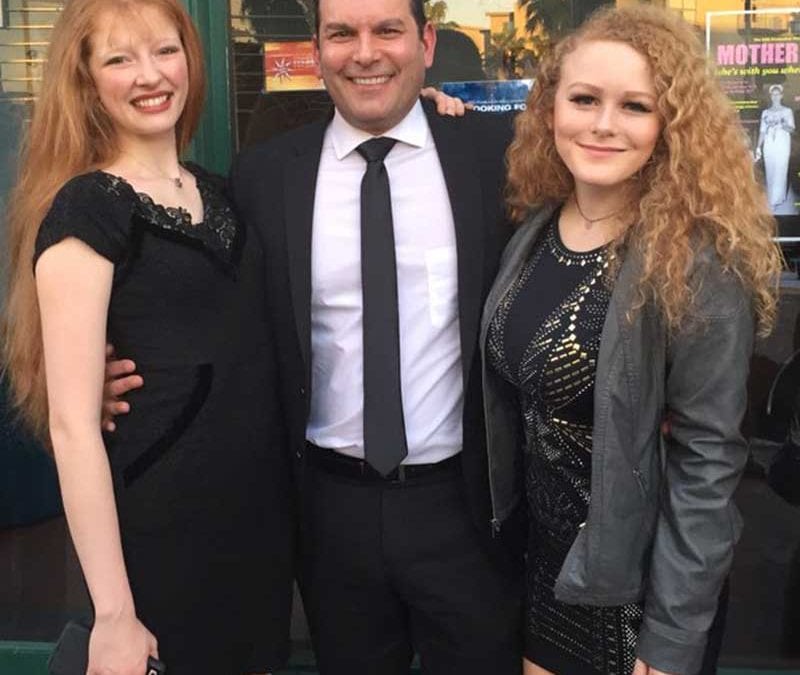 Meredith Aristone ’17 wrote and co-directed a short film called Psychidyllic, which was screened at the 19th Annual Playhouse West Film Festival in Hollywood, CA on February 12. The ten-minute film is a portrait of a young woman suffering from mental health issues, with a twisted “not” love story plot. Meredith is pictured on the far right, along with her her uncle Ed Aristone and Evangeline Young, the star of the film.

“The film festival was during Presidents’ Day weekend, and it was my first time in L.A.,” said Meredith. “The film had its premiere screening, then I sat in the director’s chair for a Q&A panel afterwards. Later, I walked the red carpet where people interviewed me on camera. It was a pretty surreal experience, seeing my movie in a theater on the big screen. I felt so proud to receive acknowledgement after such a long journey, but I also loved the early creative stages too where I had so many ideas. The very beginning and the very end were the best.”

Meredith developed the script during a one-week summer course at New York University, before her sophomore year. She has always had an interest in show business, with a particular passion for writing, so the course helped her learn how to write a script and the format of a screenplay. Then, in the fall of 2014, Meredith’s uncle Ed Aristone, an actor and producer, helped her produce and co-direct the film to bring the project to life.

“With my film, I wanted to incorporate mental health issues to raise awareness about the topic in a creative way,” said Meredith. “I personally know a lot of people that struggle with mental health, and I wanted to show its severity. The story revolves around this young woman who has schizophrenia, and the research I did about the disorder helped me understand how to show someone that is affected by hallucinations in a realistic way.”

Looking ahead, Meredith definitely hopes to attend an art school in college, and she would like to explore the avenues of creative writing, film, or music.