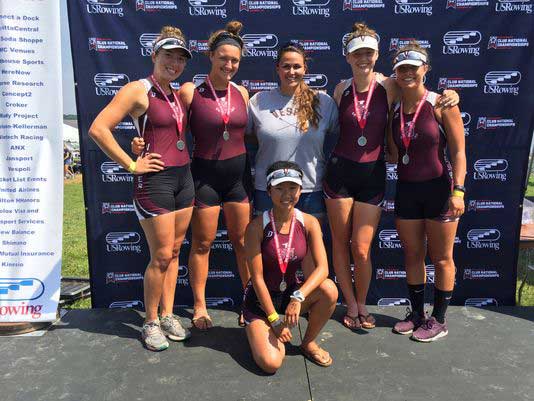 The five teammates are members of the Vesper Summer Junior rowing program based on Boathouse Row in Philadelphia. The coach is Alycia Kime, of Winslow Township High School.