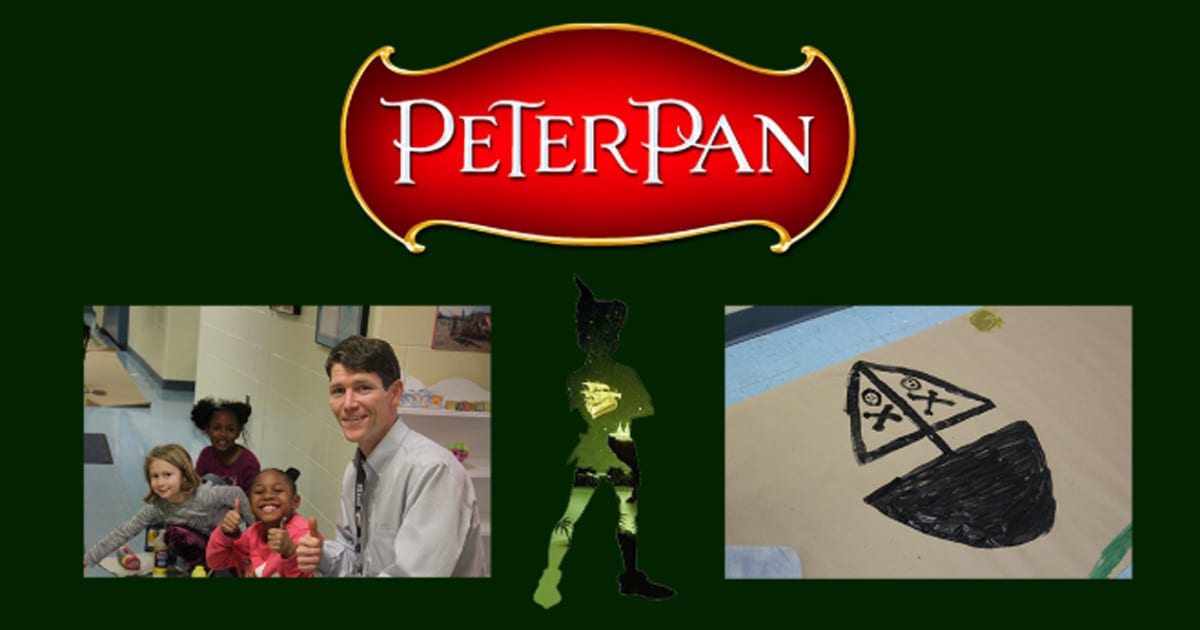 The Lower School Theater Club will present its first-ever play, Peter Pan, on Tuesday, February 19, at 6:30 p.m. in the Auditorium. Admission is free for all attendees.

Peter Pan reaches the stage after five months of learning, fun, and preparation in the Lower School Theater Club, an after-school club that has met every Tuesday since September. Prekindergarten Teacher Jenny Torgerson developed the idea with Director of Summer/Auxiliary Programs Martha Cameron and former Drama Director and Theater Instructor Angela Wertner. Ms. Torgerson wrote the adaptation and is directing the MFS production; Third Grade Teacher Ted Quinn is the set and technical manager.

Before embarking on this theatrical journey, Ms. Torgerson had prior experience with the story of the “boy who never grew up.” “I do a similar project every year at the Delaware Children’s Theater,” she explains. “Peter Pan is one story we have done there, and it was successful for us. It’s a story everybody knows and everybody can get excited about.”

Registration for the club quickly maxed out, and participants kicked off their roles in the production by meeting one on one with Ms. Torgerson. If students had a particular request, Ms. Torgerson attempted to work their ideas into the script. Students have also participated in several activities to learn about each stage of putting on a show.

“In addition to working on the play and blocking, we’ve done a lot of character development,” Ms. Torgerson says. “We also made all the sets ourselves. Mr. Quinn has used the [1st floor Lower School] hallway for long pieces, and then my classroom to start working with props. If I’m working on a scene with the pirates, I don’t need the Lost Boys, so they can go across the hall with Mr. Quinn and work on something.”

Students are currently putting finishing touches on the set and dress rehearsal is just around the corner. As the big day approaches, Ms. Torgerson mentions that audience members can expect the unexpected on the 19th.

“There are students in this show – who I know pretty well or have had before in class – who have surprised me,” she says. “I think if parents, friends, and teachers come and see some of these performances, they will see a completely different side of some students. I think it’s pretty special to get to uncover something new about a person.”