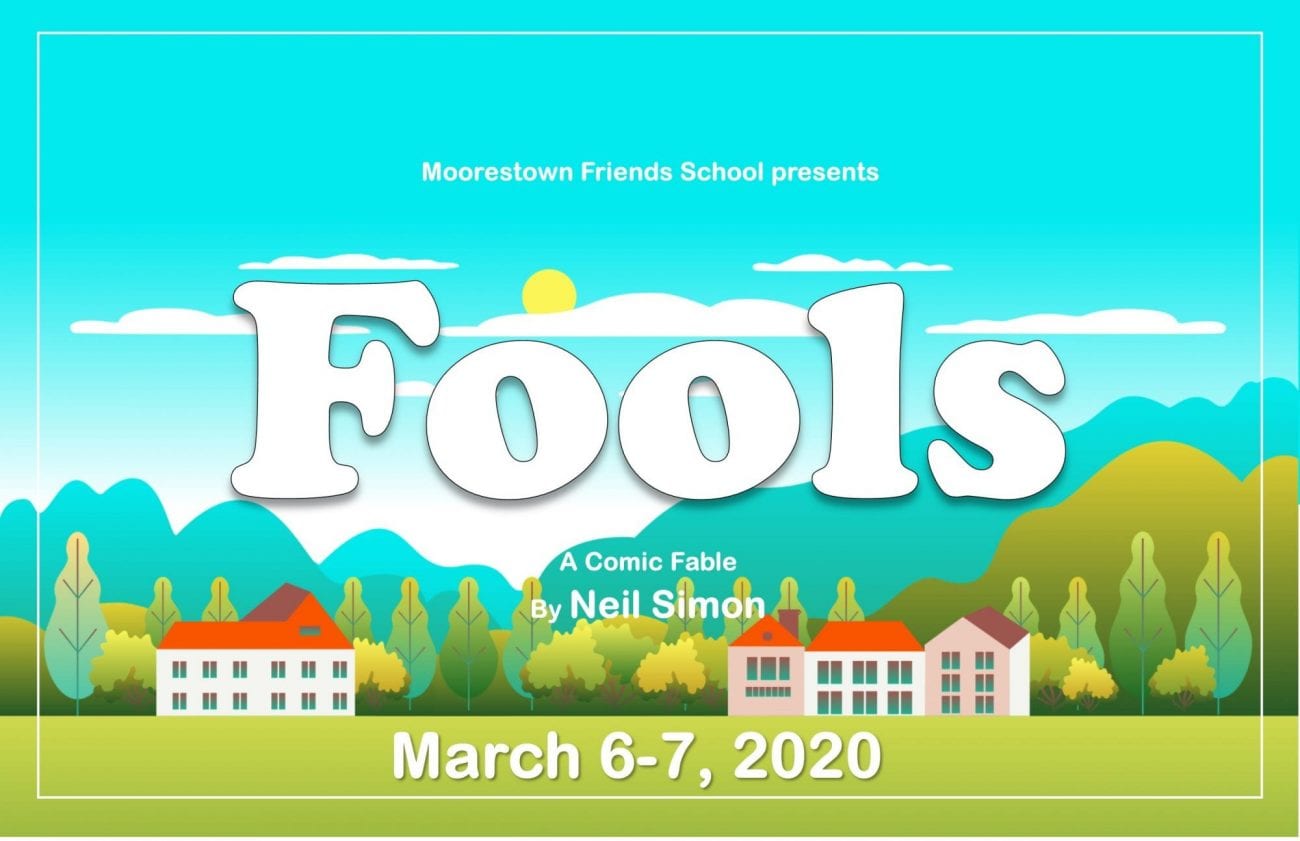 Tickets are now on sale for the Upper School winter play Fools, written by Neil Simon:

Fools is a comic fable set in the small fictitious village of Kulyenchikov during the 19th century. Leon Steponovitch Tolchinsky is the new schoolteacher who has been hired by Dr. Zubritsky and his wife Lenya to educate the people of Kulyenchikov. Leon quickly discovers that his task might be more challenging than he anticipated when he learns that the entire town has been placed under a curse of foolishness. An evil Count, a young ingenue, and a whole cast of comedic village characters come to play as Leon tries to prove that he can teach someone something within 24 hours – or else, he will become cursed as a fool himself.