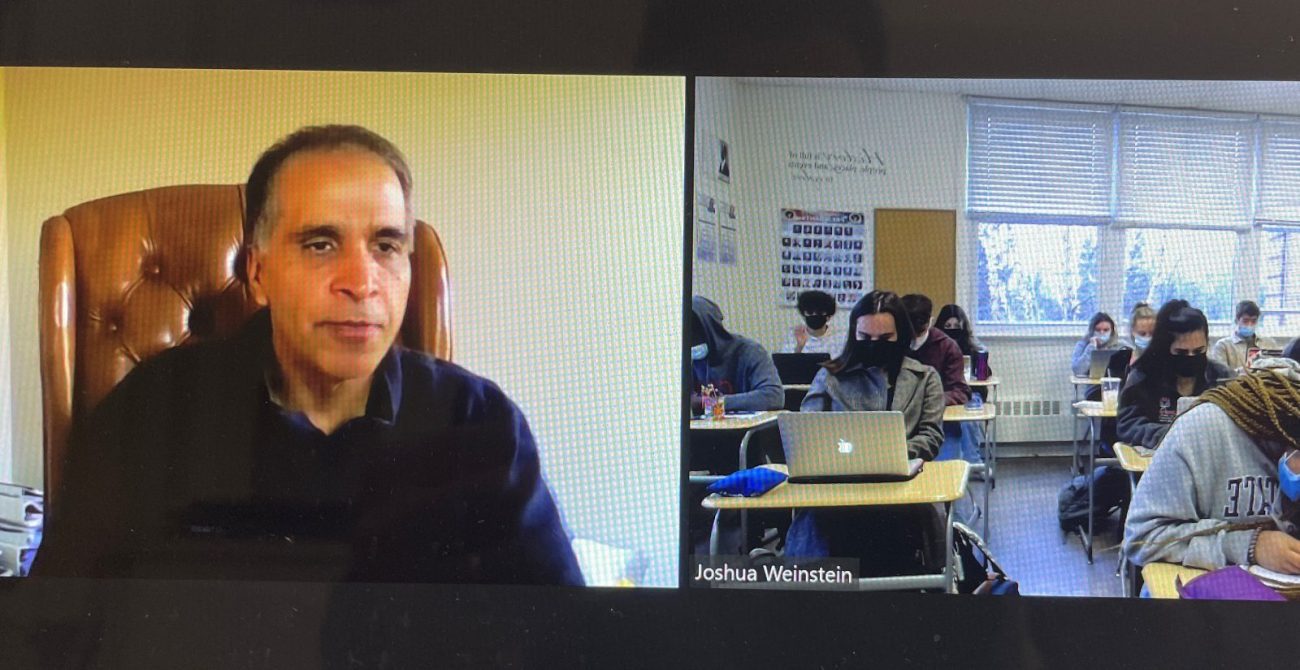 Vikram Amar, Dean of the University of Illinois College of Law and the Iwan Foundation Professor of Law, recently visited (virtually) Josh Weinstein’s Upper School Comparative Government. He engaged the class in a detailed constitutionally based conversation about how U.S. presidents should be selected.

Dean Amar is one of the original authors outlining significant reform to the Electoral College known as the National Popular Vote (NPV) interstate-compact plan. He has written extensively on the topic of the electoral college and has produced several books and over 60 articles in leading law reviews pertaining to that topic as well as myriad other constitutional issues.

The students were then tasked by Mr. Weinstein to write an argumentative paper related to the class discussion with Professor Amar.