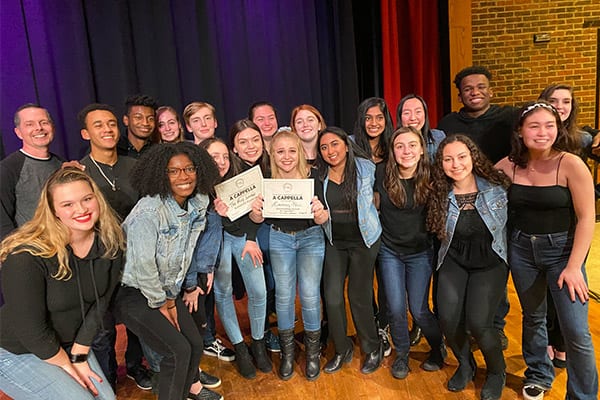 Lindsay Perr ’21 earned an additional award for Best Soloist. The Choir will now join seven other top groups in the Mid-Atlantic states semifinals (on April 4 at Northern Highlands) to attempt to qualify for the national finals.

The Chamber Choir had a successful season on the tournament circuit last year at both the quarterfinal (third place) and regional (fourth place) levels.